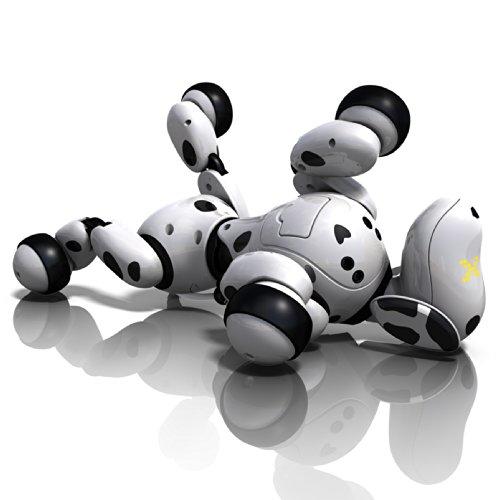 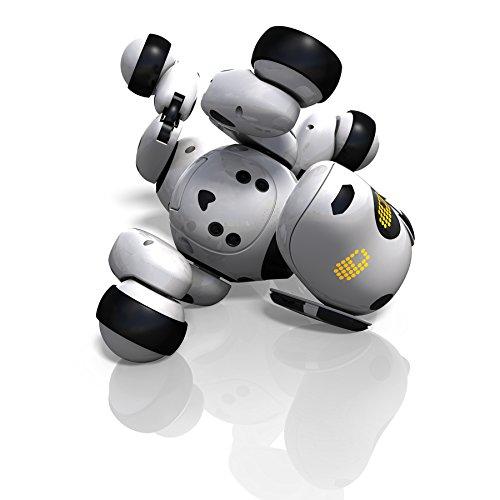 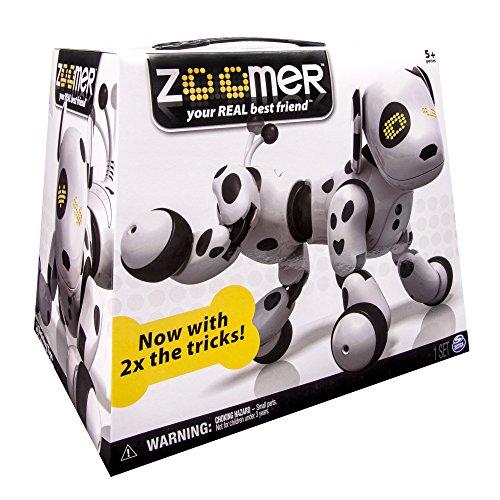 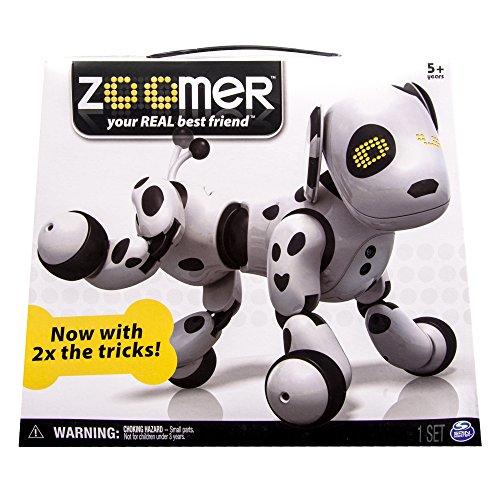 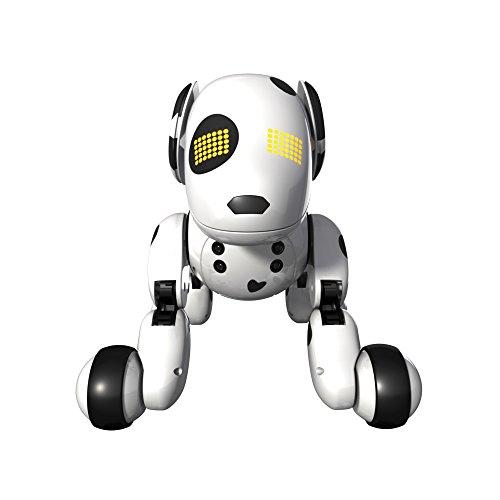 Has your child ever asked you repeatedly for a puppy, only to have you say to them each time, “Sorry hun, we can’t get you a puppy”? Taking care of a puppy or any animal for that matter can be a ton of work. You got to take it for walks, you have to feed it, bathe and clean it, make sure it doesn’t get sick, train it, and much more. Giving your child a real puppy can be a lot of responsibility that they may not even be ready for just yet. If you want to give them a pet that does not require major responsibility, we have the next best thing. We now introduce to you the Zoomer Interactive Puppy!

Zoomer is a very special robot dog with a high artificial intelligence. He can do everything a real dog would/could do except for making all the mess and going to the bathroom all over the place like a real dog would do. You can train him to do tricks like any other dog. He even recognizes voice commands! He can do many tricks, such as rolling over, playing dead, chasing his tail, and many more! He is so smart he actually understands not 1, not 2, but 3 different languages which are English, Spanish, and French. Zoomer also has some ‘secret’ tricks he’ll do and you can only figure them out by playing with him! He was specifically made for kids in mind as he does not need any responsibility, no vaccinations, no bathroom issues, and no shedding. All you need is your child to love him, play with him, and train him. There are even built-in camera sensors in his eyes that can track your movements with his adorable little puppy eyes. The sensors inside of him even help him behave like a normal dog by getting him excited when you reward him with belly scratches!

Zoomer is the perfect gift to give your children if they have ever desired a real puppy. It’s so perfect as they can have this loyal best friend without all of the major responsibilities. They don’t need to do anything except love and train him - which is perfect. They can have countless hours of fun playing with their new lovable friend. I recommend this gift for any child between the ages 5 and up. By letting them experiment with this dog, and having them care for it, you can then evaluate them to see if they’d actually be ready for a real dog.

Zoomer is the next best thing you can give your kid as opposed to the actual dog since he is so intelligent. Kids will ultimately fall in love with Zoomer. The only thing I recommend doing is making sure that Zoomer has fresh double A batteries inside of him so that he doesn’t accidentally ‘die and make your child sad or upset. Hopefully, Zoomer can be a new addition to your house sometime soon, and remember him next time your child asks you for a dog!

Like me! 0
Kids Against Maturity: Card Game for Kids and Families, Super Fun Hilarious for Family Party Game Night
$17.49
5
Check it out!

Like me! 1
Before Patients, After Patients Coffee Mug & Stemless Wine Glass Set
$26.95
5
Check it out!