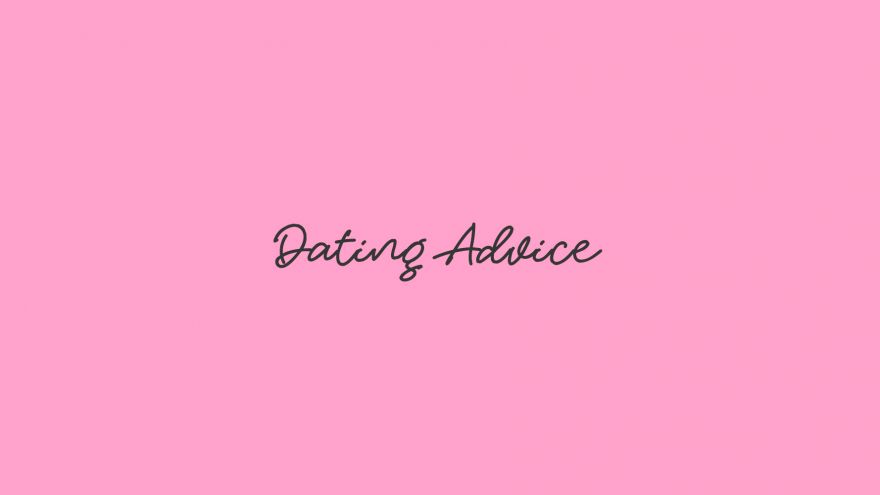 Relationships are anything but easy. They are essentially the union of two different people coming together for a joint cause. With that being said, you and your partner likely have different viewpoints for many things. This can lead to arguments, which leads to going to your friends for advice.

Even though we’d all like to assume that our friends know best, everyone has received terrible dating advice at one point or another. The below 10 dating tips are sincerely the worst things that we have ever heard, and here’s why.

This is a common theme among romantic comedies and friendship circles alike. When in reality, if someone is interested in you, they don’t need you to play hard to get. There’s a giant misconception with relationships that if you text someone too soon or call them right after a date, it’s a bad thing. However, if someone is truly interested, they will want to hear your voice on a regular basis or wake up to a “Good morning” text. The people that complain about you being too available are the type of people who aren’t as interested as you.

It’s also important to remember that navigating a new relationship is tough enough. There’s nothing that screams immaturity more than not being available when your partner needs you. Sure, you don’t have to tell them your whole life story on the first date, but at least return their calls and texts!

2. “You’ll find someone when it’s the right time”

This is false and true at the same time, depending on how you interpret it. If you’re not emotionally ready for a relationship, you’re not going to be able to give it everything you have. Meaning, it’s not the right time, and any monogamous partnerships are likely to fail. However, you can’t expect that fate is going to do all of the work for you! Some people are lucky enough to find the love of their life in a random happenstance, whereas others have to work for it. 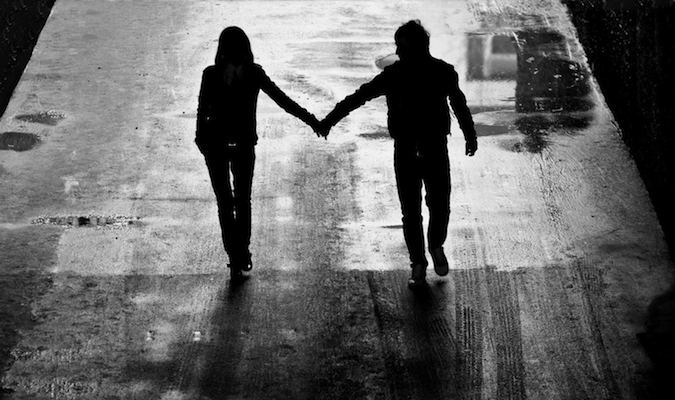 If you’re searching for a partner, it’s best if you try to meet new people whenever you can. It doesn’t mean that you have to prowl the internet and apps for online dates. But, you can reach out to your friends and see if they’d be willing to set you up on a blind date. You should also take the time to meet new people when you’re hanging out with your friends on the weekend. Sometimes we need to take matters into our own hands in order to make the magic happen.

Have you ever had an argument with your significant other that your friends say you blew out of proportion? It’s very easy for outsiders to tell you to move on and forget it, however, this is one of the worst things you can do. A relationship is a partnership where two people have to work together to become stronger and more understanding of each other. It’s true that you’ve likely freaked out over something very insignificant in the past, however, if you’re really bothered, don’t let it go.

In relationships, some things are a larger issue to one party than they are to the other. The best thing that you can do is have a constructive conversation. Explain why you are so upset and try to understand why your partner isn’t. Hopefully, by the end of the discussion, both sides will come to a compromise. The last thing you want to do is push an issue under the rug and let it bubble up to the surface again in the future.

4. “If they’re not texting you, they’re texting someone else”

This is another piece of advice that is dependent on the person and your current situation. However, in most cases, you can bet that just because your partner isn’t answering your texts within the minute doesn’t mean they’re unfaithful. It’s time to take yourself out of the situation and look at your everyday life. Are you able to answer their texts every second of the day? Probably not.

Think about all of the times you leave your phone in one room while you’re in another room. Perhaps you’re so busy at work that you can’t take personal calls.

Most people have fantastic intuition and in your previous relationships, you might have avoided heartbreak because of your gut. With that being said, it doesn’t mean that you should trust it in every relationship. If you’re feeling uncomfortable about something, nip it in the bud by communicating with your partner. 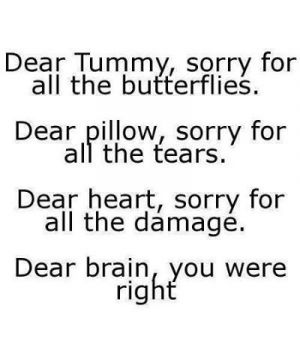 If they’re not open to talking about it, then decide whether the relationship is right for you or not. More often than not, your brain is what will tell you whether something is a good idea, not your gut.

We have to be honest – there is something interesting about people who could be declared as “bad men” or “bad women”. It’s likely the mystique or the uniqueness of never being in a relationship with someone like them. However, it’s important to draw the line between lust and love.

Do you think you’d be able to hold a long-term relationship with someone who isn’t able to offer commitment, stability, and honesty? Likely not. Most people find that the drama within a relationship with a “bad boy” is too much to handle. Being a jerk isn’t going to get you anywhere but dumped!

7. “Just give them a second chance”

This is another subjective piece of advice, as it depends on your situation. Some mistakes can be forgiven easily, such as forgetting an important event. However, if your significant other cheats, is it really worth the effort of trying to fix the relationship? 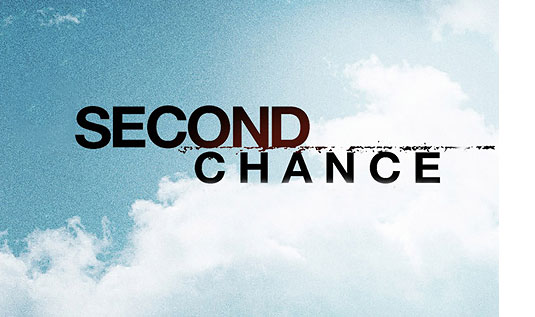 Sometimes, partners aren’t meant to get a second chance. Next thing you know, you’ll be giving out third and fourth chances. Sometimes, it’s better to cut your losses, pick yourself up by your bootstraps and move on.

8. “The best way to get over someone is to get under someone else”

After a breakup or if you’re in a tumultuous relationship, we don’t recommend sleeping with other people to get over someone. At times, this can make your life even more confusing. Rebound relationships are a real thing and tricking yourself into thinking you like someone else right after a failed relationship will make your life a mess.

Our advice? Instead of getting under someone else, get under your favorite blanket, grab your favorite snack, and watch rom-coms on Netflix.

This is likely one of the most antiquated pieces of advice we’ve heard. In fact, it’s arguably hilarious, especially if you’re heading out on a dinner date. You can bet that your date will be more likely to look at you strangely if you don’t eat when you’re at a restaurant.

We know, meeting someone for the second or third time can wreak havoc on the butterflies in your stomach. However, it’s important that you feel comfortable in your own skin. If you’re hungry, order food. If you’re too nervous, order an appetizer instead of an entrée.

10. “Don’t ever do a long-distance relationship”

Internet dating is becoming far more popular and as are long-distance relationships. For some, these relationships are a great idea, whereas, for others, they might not be. If you and your partner have a strong foundation of trust and are willing to work together, why not? 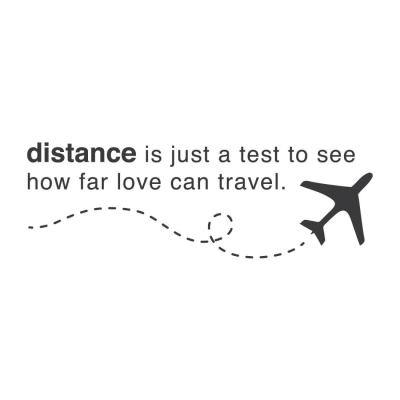 There are dozens of travel options that you can take advantage of this day and age. From planes to driving your own car to see your partner, there’s no reason as to why you can’t try to make it work!

Relationships are difficult enough as it is without the poor advice of friends. At the end of the day, you know what’s best for you and you know what you want in your life. Communication, trust, and comfort are three main factors that every relationship needs. If they’re missing, it’s simply time to find someone new! 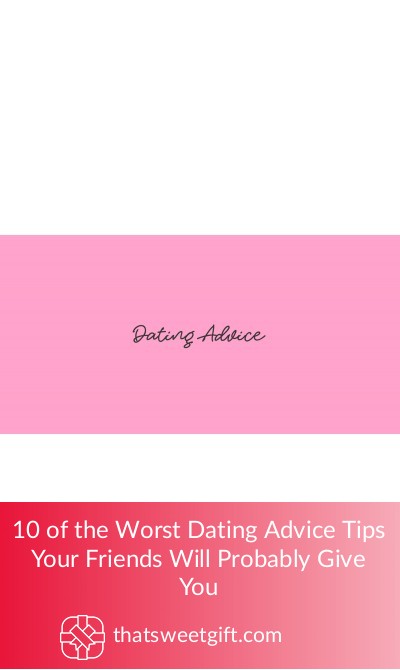