The 10 Best Action Movies of All Time Your Man Will Enjoy Watching With You! 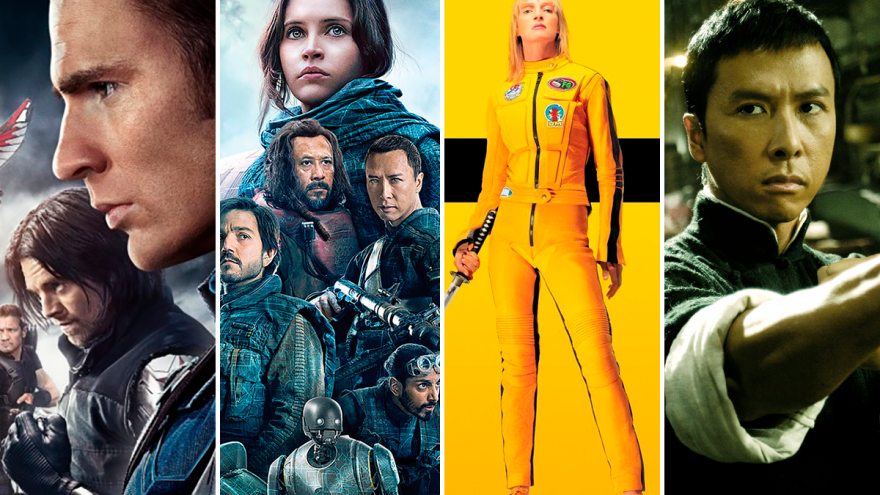 “Hey, honey I’m home.. want to watch a movie tonight?” How many times have you heard that and your heart sank knowing it’s going to be a battle to decide on just what to watch. Any suggestion of a romantic movie or a costume drama will probably get laughed at, so here are ten of the greatest action movies that both you and your man can enjoy with a bowl of popcorn and a six-pack. 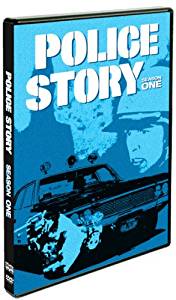 If you’ve never experienced the eye-popping stunt work of Chinese actor Jackie Chan, then shame on you. As one of the great action stars of our time, Chan performs his owns stunts, and the really have to be seen to be believed. Police Story is the first in a series of six movies where he plays a Hong Kong cop.

The basis of the film is that Chan’s character is ordered to protect a beautiful reluctant witness against a crime lord. There are further entanglements with a jealous girlfriend, and interspersed with that there fight scenes where Jackie Chan bounces around like a rubber ball, and a terrific car chase through a shopping mall and a shanty town. This movie really shows off Jackie Chan’s versatility, and has obvious parallels to silent greats like Buster Keaton, but this time on steroids. 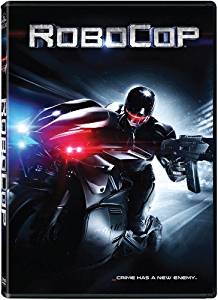 Ok, so you know it’s a movie about a policeman who becomes a cyborg, but it’s much more than that. On one level it is a great action movie with lots of chases and gun battles in a crime-ridden future of environment of Old Detroit. Digging a little deeper the film is much more. The earliest memories of Dutch director Paul Verhoeven were about growing up in a country occupied by the evil Nazi regime. This movie has parallels with a fascist corporation running the city, and how it will stop at nothing to reach its goals.

The film centers on policeman Alex Murphy who is killed by a gang while patrolling Old Detroit. He is subsequently resurrected as the cyborg RoboCop and is tasked to hunt down his killers, only to discover the real villains are in the company that created him. It’s one of those movies that you’ll like despite yourself. 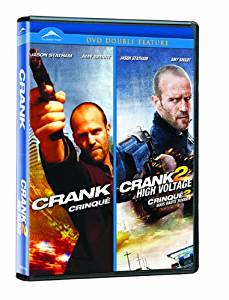 There aren’t many movies made to keep the heart pumping as much a Crank. The premise of the film goes back to a 1950s film noir classic DOA, which has the central character searching for the people who poisoned him before he dies. The updated twist by co-authors and directors Mark Neveldine and Brian Taylor is that Jason Statham’s character has again been poisoned, but to survive, he must keep his heart pumping full of adrenaline.

This leads to hectic car chases, lots of fights, and impromptu sex, all to keep our hero alive. As the directors previously worked as a stuntman and visual effects expert, the emphasis is on the action, and there is little character development. But what the film lacks in characterization it makes up for in spades with the almost video game visuals and high octane action. 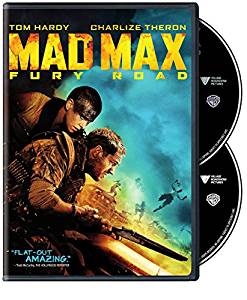 For those of us who were blown away by Mel Gibson’s original Mad Max movies, the thought of a new version was sacrilege. How could a new film be as good as the originals? Once you see George Miller’s epic, you realize how wrong you can be. This really is an epic action movie with echoes of Sergio Leone’s spaghetti westerns and John Ford’s Stagecoach. The figures surrounding the picture are mind-boggling. The cost of $150 million is staggering, along with the 3,500 storyboards and 480 hours of raw footage that went into its making.

The tribal post-apocalyptic atmosphere is only heightened by the unforgiving desert locations. Essentially this is a chase movie much like Stagecoach, but it is the grotesque characters living in this desert that truly come to life and capture the audience imagination. Before watching this movie, we never thought we would like it, but we were completely enthralled and captivated by the action, drama and humor in the story. 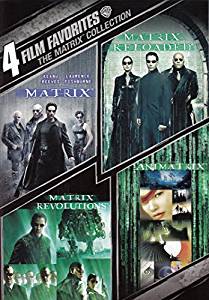 Few films can say they changed the course of moviemaking forever. The Matrix is one of that select band. Even though it’s twenty years since its first release, The Matrix appears as fresh today as it did when it was first shown in cinemas. Although the premise of the movie is quite complex with a parallel cyber world called The Matrix discovered by hacker Neo, and the rebels trying to overthrow it. What makes the movie stand out is the use of what are called ‘bullet time’ effects. Although this is not the first film to use the technique, it is the first to put it front and center of the action.

The superpowers of those involved are shown using the technique called ‘flo-mo’ where the action appears to freeze and the camera can then move around, viewing the action from different angles. The technical wizardry does not get in the way of the action, and The Matrix pays homage to the action from Hong Kong cinema and doesn’t disappoint. 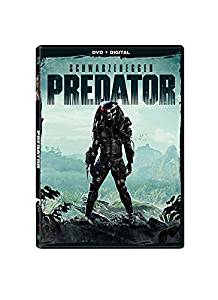 There is something primeval about Predator as a movie and a genre, based on the alien horror that needs to be destroyed by a group of men who live for testosterone. The action in the movie is non-stop, and director John McTiernan takes it above a regular horror movie when characters are picked off one-by-one, by ritualizing the combat sequences into a gladiatorial epic. Arnold Schwarzenegger brings out the cunning in the team leader Dutch Schaeffer as they hunt for the elusive Predator understatedly played by Kevin Baker Hall.

Set in the jungles of Central America, the dark, oppressive situation adds to the drama, with the alien Predator better adapted to the conditions than the human warriors despite it being their backyard. All-in-all this is an action-packed movie that keeps you on the edge of your seat from beginning to end.

Raiders of the Lost Ark 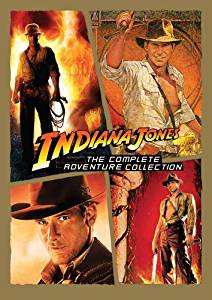 This is the movie that introduced us to Indiana Jones and cemented Harrison Ford as one of Hollywood’s box office heavyweights. After his flop of a movie 1941, Steven Spielberg needs to pull out all the stops to get his career back on track and Raiders was the answer. It’s an adventure right out of the 1930s serials kids would devour each week at the cinema. It’s an action-packed adventure that has everything an audience would want. Lots of bad guys in Nazis looking for lost treasure, an ex-girlfriend who becomes a damsel in distress, and a multitude of deadly situations only a man like Indiana Jones can escape.

Whereas Spielberg attempted to make the movie 1941 a comedy, Raiders of the Lost Ark is a much better comedic vehicle because it doesn’t go for the belly laugh, but relies on subtle jokes and innuendo to raise a smile. Of course, the Raiders of the Lost Ark spawned a number of sequels and prequels, some with Harrison Ford other not, but this is probably the best of the bunch and a great action movie anyone can enjoy watching time and time again. 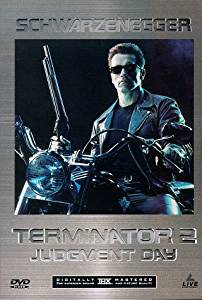 It’s not often you can say as sequel surpasses its predecessor, but it’s certainly true in Arnie’s second outing as the Terminator. The original Terminator movie had a meager budget but managed to reinvent the sci-fi genre. When Arnie returned, it was with a huge bang and a director eager to put his mark down as one of Hollywood’s greats. James Cameron had already done the follow-up to Alien and knew a thing or two about upstaging original movies.

By turning the tables on the audience who think the bad guy is Arnie, and Robert Patrick’s character T-1000 is the good guy, Cameron stamps his mark on the movie and you know it is a bit special. The morphing effects of the molten metal man turning into what appears to be a human were at the time some of the most innovative seen on the screen. 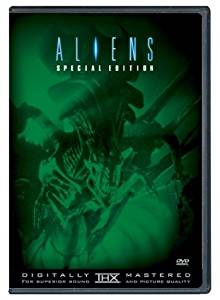 If there is to be a perfect movie sequel, then it must be Aliens, the follow-up to Ridley Scott’s ground-breaking Alien. Where Alien set the scene showing us the creature and its unrivaled desire to kill, Aliens goes a giant step further planting us in the middle of a war for the very existence of the human race. Even though this was only James Cameron’s third feature film, and working with the crew that created the original movie, he pulls off a masterstroke in seamlessly linking to the original. When communication is lost between settlers on the planet where the original Alien was discovered a squad of marines including survivor Ripley is dispatched to investigate.

There is high drama and suspense throughout, as the squad uncovers more and more Aliens and the Queen laying her eggs like a queen bee. The sense of peril that runs throughout the movie is unique, and so it’s one of those movies where guys get behind the female hero character Ripley, seeing her as just another guy. 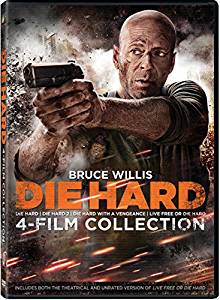 On any list of action movies, Die Hard is going to be at the top, or at least a top three pick. The movie centers round a character that is in the wrong place at the wrong time. However, in making it, pairing a horror/sci-fi director with a TV comedy star in the lead role may not sound inspired but the chemistry just works, and the result is what some call the greatest action movie of all time. Director John McTiernan is already in our list with the Predator movie, and his success with that got him the gig on Die Hard.

Actor Bruce Willis had not yet had a movie success and needed something to break out of the small screen. Add to the mix British actor Alan Rickman playing one of the great bad guys of all time Hans Gruber, and the recipe is there for great action. Gruber’s plans to take over an LA skyscraper and raid the vaults for billions of dollars are screwed by a wise-cracking New York cop who just happens to be there. You just know you are going to love the movie as soon as Bruce Willis opens his mouth. 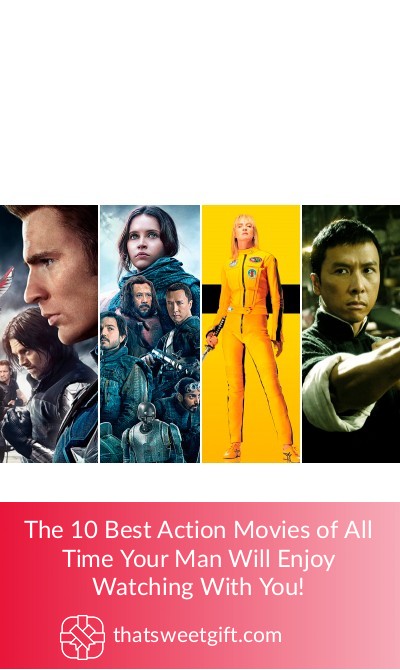