Your Girlfriend Doesn’t Like Football? Here’s What To Do To When A Game Is On 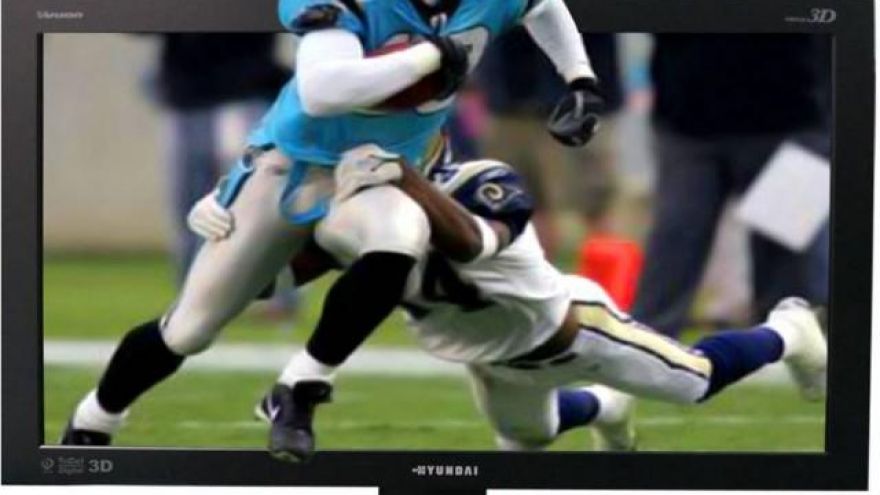 Football is one of America’s favorite pastimes, and when it comes to Monday’s, Thursday’s, Saturday’s, and Sunday’s, it’s quite likely that the majority of football fans will be glued to their TVs. Whether you’re the type of fan that enjoys college, professional, or both, regularly watching football can be annoying to your significant other.

If you’ve begun to notice your girlfriend or your wife gets agitated when you turn the game on, it could be for a few reasons. First, she might think that you pay more attention to the game than her, and second, it could be that she gets bored while the game is on. There are plenty of ways that you can keep your girl entertained while football is on, all you have to do is give her a little more time than usual. 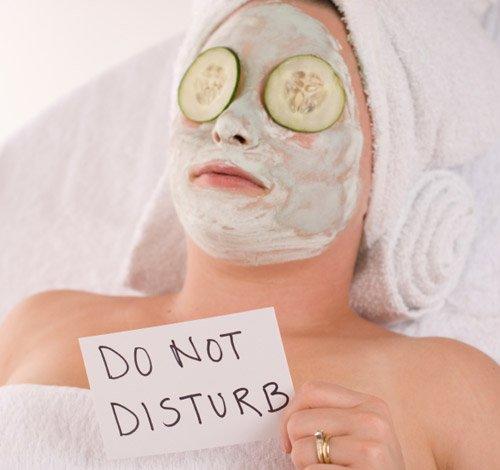 If your significant other doesn’t like football and seemingly will never like the idea of it, there’s no reason as to why you can’t help her get out of the house when you invite the guys over to watch a game. It’s not recommended that you send her away every time there’s a game on during the week, but you can treat her to a spa day with the girls every Sunday.

Much like you’ve made it a tradition to watch football on the weekends, there’s no reason as to why she can’t have a tradition of her own. What would make a weekend spa day even better is if she went with your friends’ significant others. That way they can have a girl’s night while you have a boy’s night.

2. Invite Her Friends Over

Instead of spending the money on going to the spa or salon during the game, why not ask your significant other if she’d be interested in inviting her friends over while the game is on? When her friends surround her she won’t be forced to watch something that she’s generally not interested in. Instead, they can take over another room of the house or go out for lunch. 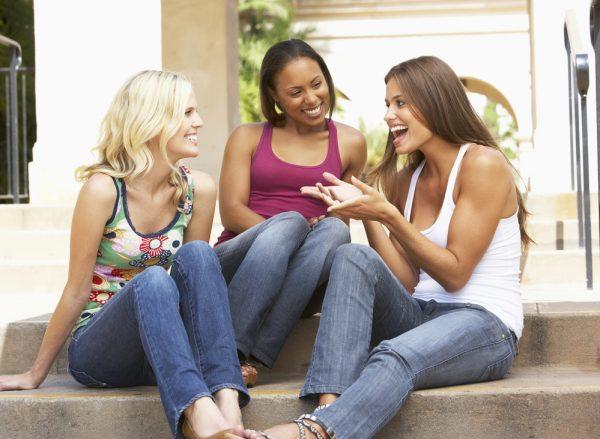 If your guy friends have girlfriends and/or wives it can be far more convenient for everyone to get together in the same place and do different things while the game is on. During halftime, you can all have dinner and drinks and hang out until the second half. It’ll quickly become a tradition and you two will be known as the party house for Saturday or Sunday night football. 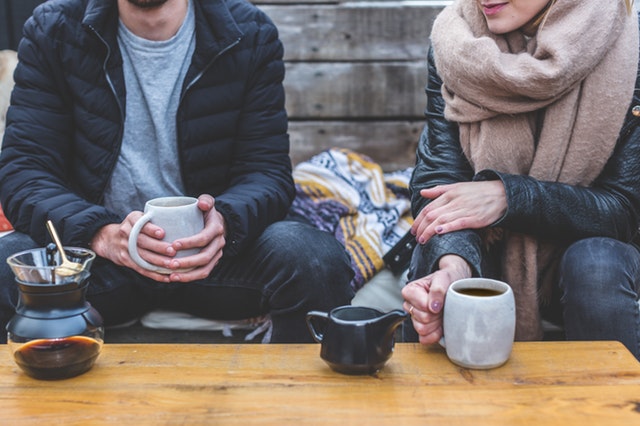 If watching football is something you enjoy to do on your own, you don’t have to invite people over to keep your girlfriend or wife entertained, as you can do it yourself. All you have to do is give her the attention she desires while you’re watching. It can be easy to get distracted when your favorite player is making a drive down the field, but there’s no reason why you can’t have a regular conversation with her during timeouts.

In most cases, she won’t mind that you’re watching football in the first place. What will irk her is if you have the tendency to ignore her while she’s talking to you. There are plenty of ways that you can pay more attention to her needs, especially if you can pry your eyes away from the TV to talk.

Plenty of women and men say they don’t like something simply because they don’t understand what they’re watching. For example, your girlfriend might say she hates football but has never really watched and understood a football game. 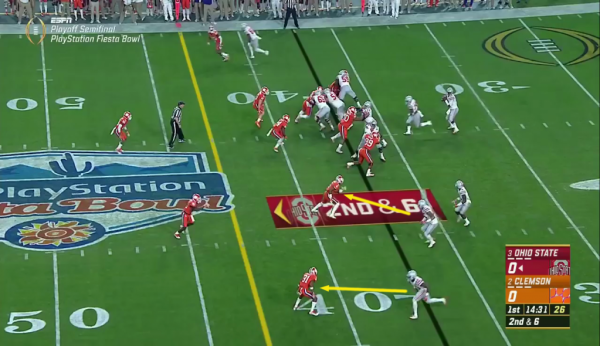 If she’s open to learning about new things, there’s always the possibility of explaining the game to her while it’s on. Have her ask questions about different plays, penalties, and rules of the game so she can have a clearer understanding of what’s going on.

Once she’s able to grasp the idea of football, you might find that she’ll begin watching the games with you every weekend instead of distracting herself with other activities. In fact, you might even get a regular football-watching partner in your home. 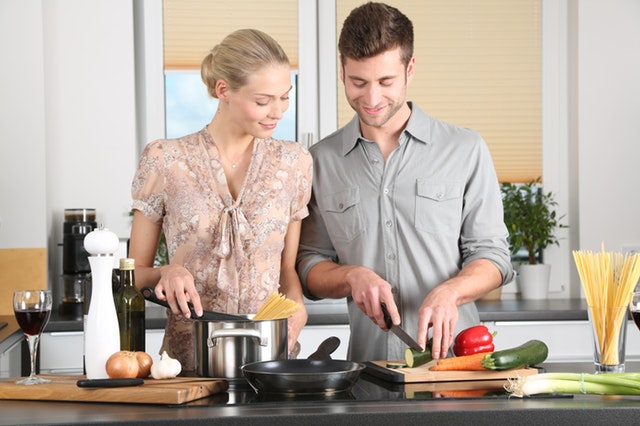 Depending on the layout of your home, there’s no reason as to why you can’t watch the game and cook dinner at the same time. It’s far less likely your girlfriend or wife will get mad that the game is on if you’re putting the time into cooking her something delicious.

All you have to do is set up the TV to where you can see it while you’re in the kitchen and cook away to your heart’s content. If you’re not the best chef, you can also order food from her favorite local restaurant. Your girlfriend will be incredibly appreciative of what you’re doing for her, so much so that she won’t mind that you watch the game at all.

If all else fails, it’s time to pull out the big guns and consider taking her to a game. Although the idea of watching football might not be ideal, she’ll surely love the atmosphere of fans getting together and cheering for their favorite team. Watching a football game in person is significantly different than watching it on TV, as the crowd’s excitement is what can make a game entertaining and enjoyable. 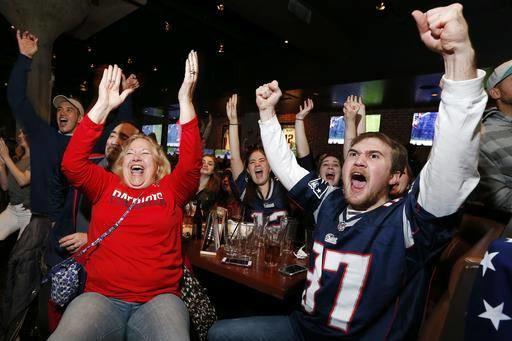 There are typically dozens of food, drink, and memorabilia vendors so you two can have a great time together eating, drinking, and shopping. If you don’t live in an area where you have access to professional teams, you can always take her to a college game. In fact, the majority of people enjoy the vibe from college football games more than professional.

Football is a great sport and an entertaining one for fans. Even if your girlfriend isn’t the biggest sports enthusiast in the world, there are plenty of ways that you can make game weekends more entertaining for her. 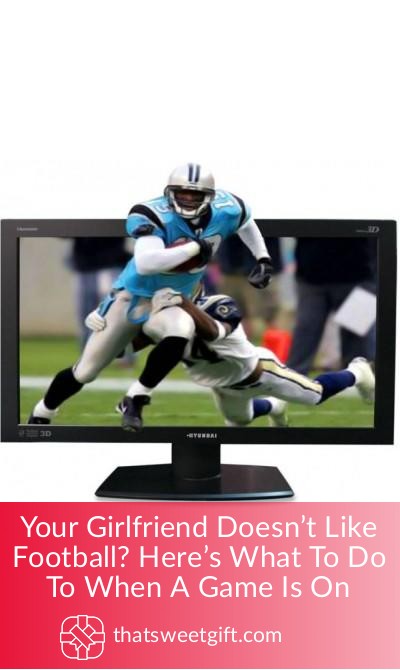