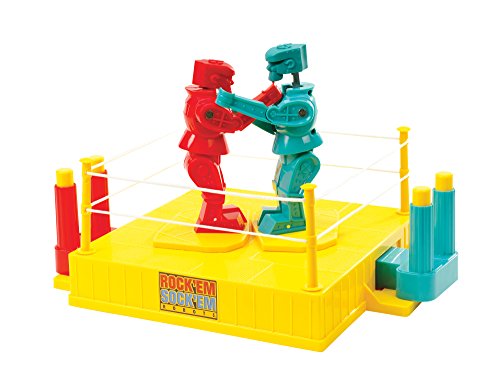 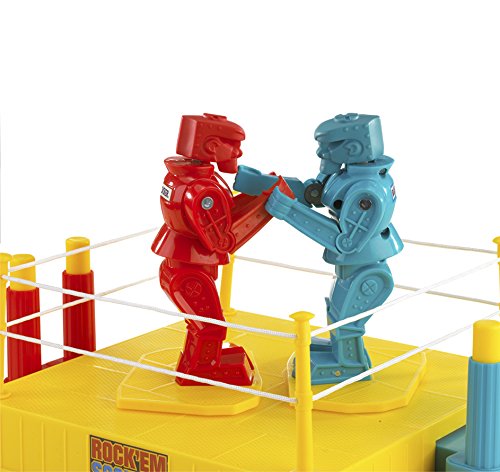 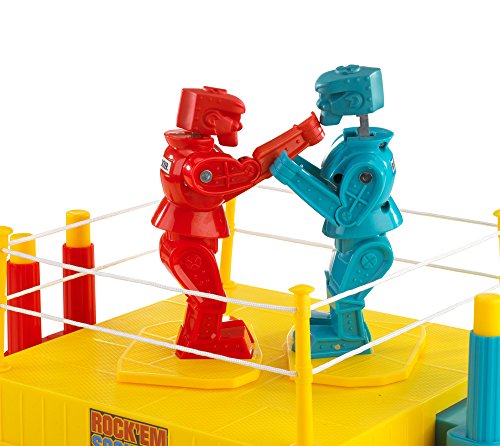 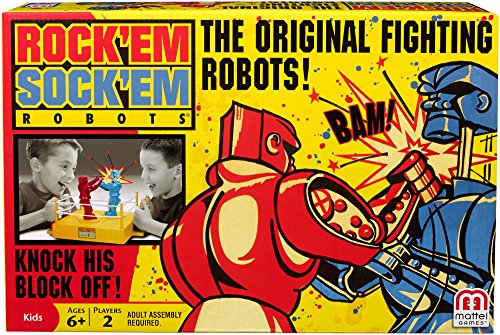 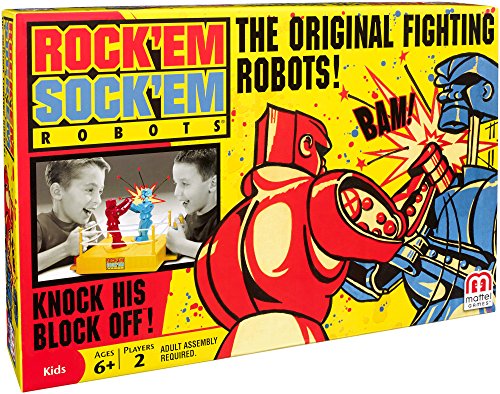 Those who are born before the invent of iPads and smartphones, and TV shows like Battleboots, can perhaps remember the two-player-action toy game called Rock ‘Em Sock ‘Em Robots. It involved two robots that would be locked in the mightiest of endless battle and were controlled by two players. It was fun-filled and addictive and still remains to be a cherished childhood memory for the older generation.

If you are a parent or have young ones in your life like nephews and nieces, here is a golden chance for you to show them how things went down back then. Mattle has a remake of this classic toy game, Rock ‘Em Sock ‘Em Robots, that will without a doubt become a hit to the kids in your life.

This is an exciting action game designed for two players. It allows each opponent to control their robots through movements that correspond with the mechanism of the robots using the skills of their thumbs. Here, you get to meet everyone’s favorite, Blue bomber and Red Rocker complete with a ring that only requires simple assembly.

The robots then fit perfectly into the grooves on their respective platforms. It's up to the players to push the buttons to punch their opponents and take advantage of controls to shift and move the robots in the ring.

It gets thrilling when the players intensify their battle by increasing their thumb speed to show off their fighting skills. As the fight magnifies, each player races to outdo the each other and one will finally deliver the blockbuster punch that ends up chopping off the head of one of the robot’s and causes it to pop up. This signals the end of a round and the winner is the one who retains his head.

While the battle is ongoing, the movements of the two robots are accompanied by realistic jaw-jolting action sounds. The play is fast, fierce and engrossing but most importantly, it's fun. It's safe for children ages 6 and up so go ahead and give this game to your kids as a birthday or Christmas gift.

We are sure the kids including you will have lots of good time showing their skills and speed and will most likely play again and again till their hands hurt.

The game is interactive, fun and memorable

The robots are tough and tireless so the players can enjoy endless matches and play in turns with their friends. The game is memorable, fun-filled and interactive.

Like me! 1
Neddy Games Conspiracy Theory Trivia Board Game
$22.89
5
Check it out!