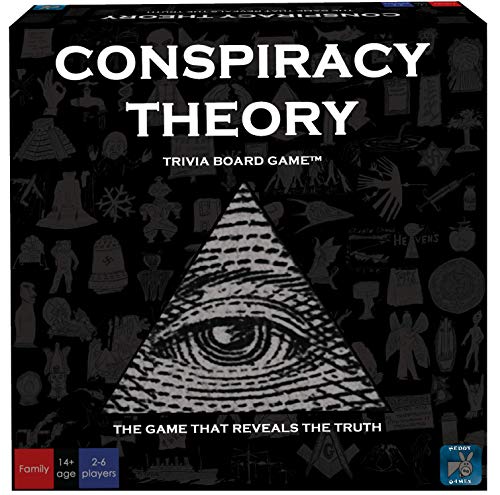 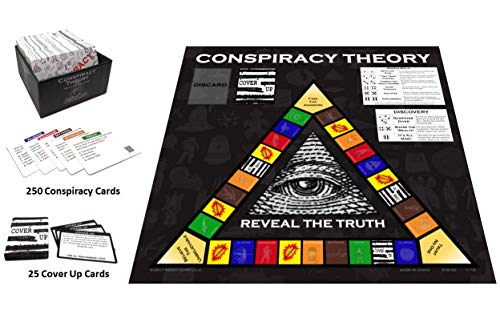 Who isn’t interested in internet conspiracy theories? They are everywhere and we all seem to enjoy recounting them to others and reading up on how aliens have taken over the US government or whether or not Elvis is still alive.

This new, intriguing board game by Neddy Games will test just how well-versed the average player is on conspiracy theories.

The game will definitely get a party started on a fun and maybe slightly paranoid note.

This captivating game is incredibly entertaining and there will undoubtedly be hours of good-natured fun while playing it.

In today’s day and age, there isn’t a person among us who hasn’t fallen victim to or at least heard of a conspiracy theory. The internet is rife with them.

From Bigfoot cover-ups, to whether or not the United States is responsible for 9/11, and did a teenage Barrack Obama actually go to Mars?

Seriously, if there is a conspiracy to be had, it will be on the internet and it is in the game.

On each of the conspiracy cards, there is also a QR code that allows players to look up the conspiracy in question in order to get more information on it.

This QR code corresponds to a page that has all of the specifics on the theory along with links to other websites explaining the thought behind it.

It is the perfect item to bust out at a party that needs a jump-start. This game can be played with anywhere from 2 to 6 players ages 14 and up, and there will be no end to the fun once this game gets going.

This would make a great housewarming present for the new homeowner, or a fun birthday or Christmas present.

There will be no end to the paranoia as well as the laughs!

The game is played with two types of cards; 25 Cover-Up cards and 250 Conspiracy cards

Great for parties and casual get-togethers

Conspiracy Theory contains 250 different conspiracy cards citing all sorts of crazy scenarios, as well as 25 cover-up cards and the gameboard. 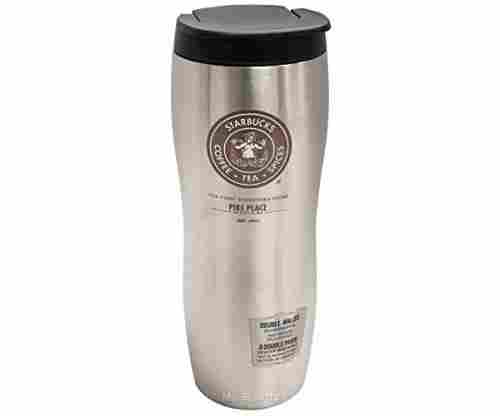 Like me! 3
Starbucks Pike Place Concord Double-Walled Stainless Tumbler
$64.98
5
Check it out! 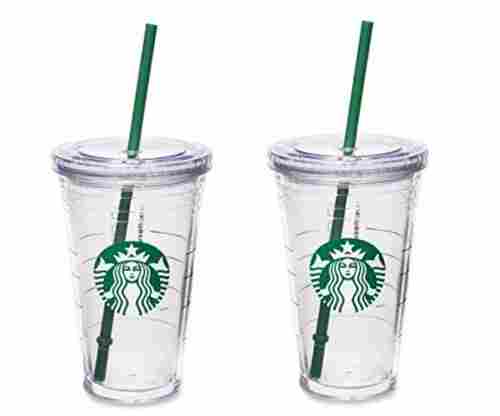 Like me! 3
Starbucks Grande Insulated Travel Tumbler Set
$48.45
4
Check it out!