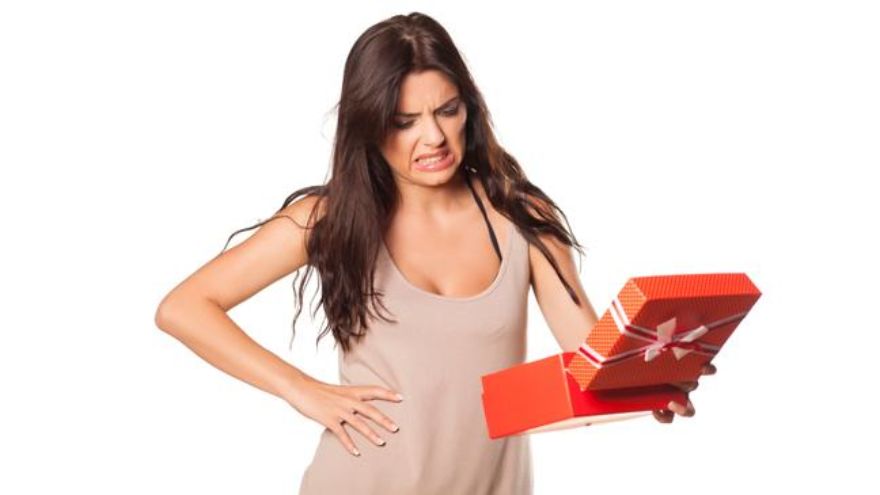 First thing’s first, when a family member gives you a present you don’t like and you begin to feel guilty, don’t, because you’re certainly not alone. We’ve all been in a situation where we’ve received a gift that might not match our personality or isn’t something we’d particularly be interested in. Although it might seem like you should give the gift back to the person so they can get their money back, that’s surely not polite.

Below are some unique tips and tricks you can use to understand gift etiquette and to learn how to deal with presents you don’t like, even if you can’t return them to the store where they were bought. 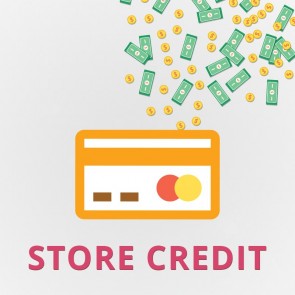 The most important thing to remember is, without a receipt, you’ll only get a store credit for the current price of the item, which can be a hassle if it went on sale between when it was bought and present day. Whereas, with a receipt you’ll get the original value of the piece back onto a store card.

Instead of keeping the item in the back of your closet, especially if you don’t have space for things you don’t need, there’s nothing wrong with donating the gift to a local shelter for children, women, or the homeless. In fact, they’d certainly appreciate it if you were able to bring in any lightly used items, such as old articles of clothing in your closet, non-perishable foods, and even toys that you might have lying around the house.

There’s no reason as to why you should hang onto something you’d never use, especially when there are millions of people in the world who literally have little to nothing.

No matter what you receive as a gift, we’re sure you have a friend, a coworker, or a family member who would love it more than you would. This is especially true if you’ve gone through a Secret Santa at work and have received something that wouldn’t exactly fit perfectly in your home. With regifting, make sure it’s given to someone who will never talk to the original gifter in the first place, otherwise you’ll be in a sticky situation. 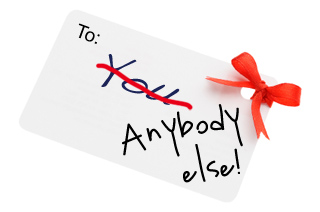 One of the best things about regifting is there isn’t any money that is going to waste. It’s basically operating off of the old saying, one man’s trash is another man’s treasure. Plus, the holiday season can be incredibly expensive anyway and so having the ability to save a few extra dollars could help you more than you know.

Regardless of how you look at it, regifting is a fact of life and people have done it more often than not, so why not throw a party to celebrate it? The most important thing is to send a memo to everyone that they’re not allowed to get offended if they notice a gift that they have given to someone.

The entire premise behind a regifting party is essentially like White Elephant, except instead of having to buy gifts, everyone brings a gift they received that they didn’t like. At the end of the day, even if you see a present that you bought for someone in the pile, it just means that you can take it back and use it if it’s something that you would have been interested in.

With the ability to add in leftover Christmas treats, drinks, and great food, everyone will have a phenomenal time and be quite likely to walk away with a gift that they’ll be able to use and appreciate.

Now that you know all of the unique ways you can exchange physical items that you’ve received, it’s important to consider gift cards as well. It’s quite often that people receive gift cards for stores they typically wouldn’t shop at and instead of keeping them behind and using them to shop for someone else, why not make them work for you. 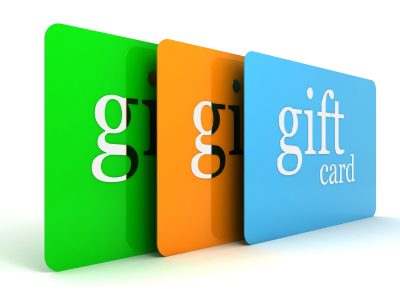 Online, there are dozens of different programs that give you the opportunity to exchange your gift cards for other cards that can be used at participating retailers. For example, if you receive a Dunkin’ Donuts card but you’re more of a Starbucks drinker, you can exchange one card for the other.

It’s quite important that you read the fine print of these programs, as some give you the ability to take 100% of the profits, for example, exchanging a $20 card for a $20 card. However, there are other programs that take a percentage of the gift card as a service fee and at this point, you may only be able to receive a $15 card in exchange for a $20 card.

At the end of the day, if you don’t want to donate any unwanted gifts and if you don’t think anyone in your close circle would like them as a gift themselves, head to the internet and try to flip unwanted gifts for a profit. No matter how you look at it, just because you don’t like it doesn’t mean that someone else in the world doesn’t want it as well.

Whether it’s through Amazon, eBay, or smartphone apps such as Let Go or Carousell, there are plenty of venues for you to sell any of your unwanted items close to retail. The best part is you can rest assured that it will be going to someone who actually wants it.

Gift etiquette can be tough, especially if you’re afraid of hurting someone’s feelings. With the help of these tips, you can easily get rid of gifts you wouldn’t want to keep around the house without anyone knowing. 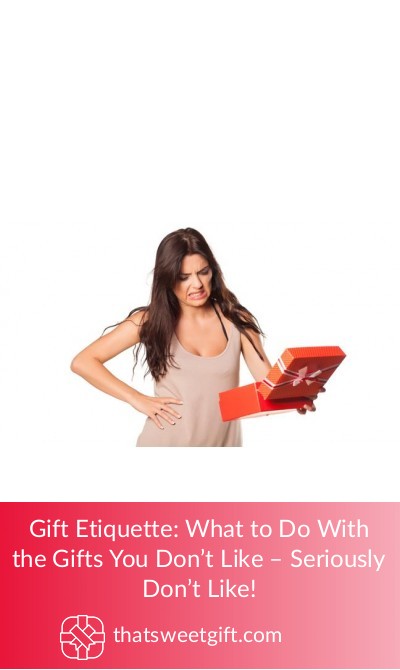