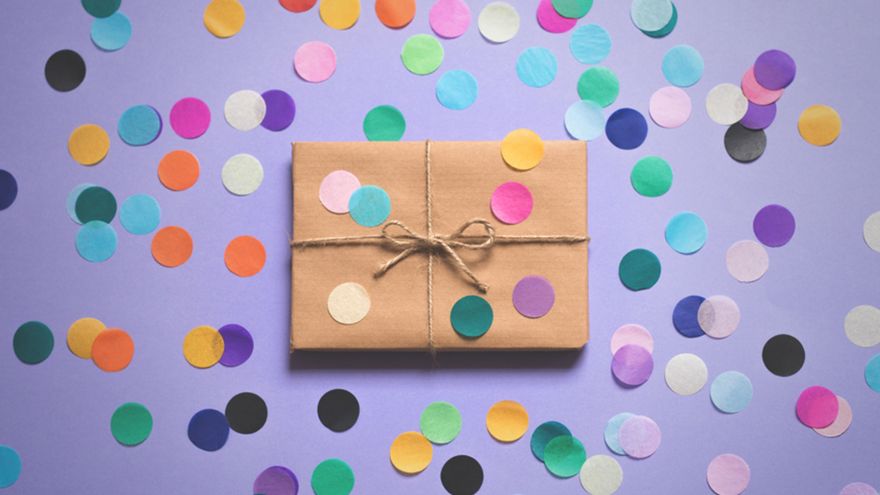 Maybe you got invited to a party or it’s your friend’s wedding anniversary and now you have to get them a gift. Depending on the occasion and the personality of the gift receiver, many things are to be considered here. Gift cards can be easy to give out, especially when you have no idea what to get that particular person. It’s at least a little better than giving them cash straight out. But then again, a gift card is making them confined in a particular store, which can’t happen when they receive cash. Not to mention, gift cards don’t come with the notion that you actually care enough to pick something special for that person.

The thing is, there are both pros and cons of getting someone a gift card. Read on to find out when exactly it is okay to get a gift card, and when it isn’t. A lot of times it comes down to the situation itself rather than anything else.

The Relationship with the Receiver

Perhaps you just got invited to your best friend’s cousin’s wife’s twenty-eighth birthday party. You are pretty sure you got the invitation because you were there when she was inviting your friend. But now your friend insists that you have to be there as well. And I mean, there’s going to be cake so you can’t really complain either.

But what do you get someone who’s a complete stranger to you? That’s when a gift card comes in handy. You know she’s a woman, so perhaps she could use a gift card from a beauty salon. At least you are not getting her some money straight out. Problem solved. 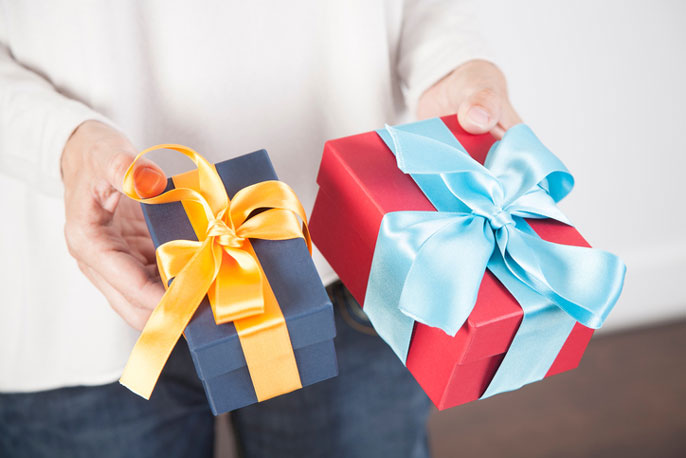 But for your mother’s fiftieth, you certainly don’t get her a gift card right? I mean, this woman carried you around for nine months in her belly. And then went through all your tantrums during puberty. Surely she deserves a lot more thought put into a gift than just a gift card.

The Personality of the Receiver

We all have that one friend or family member who is super hard to shop for. They just have that special taste in everything starting from clothes to food and you know you can never get it right no matter how much thought you put into it. For that person, it might be a safe bet to get a gift card to a store with a lot of options. It is a good idea to at least make sure that the person has some liking to that specific store though. Don’t get someone a gift card from Walmart if you know that person hates everything Walmart.

Also, some of us can’t be bothered to get up from our couch to go to the store. A gift card for that person will not be fruitful as they will never drive out to that store to actually get something. You don’t want to get someone a gift that’s going to be a waste. Instead take the time to figure out what this person actually needs and give them that gift. They will be happy when they get that and you will not feel like you are wasting your money.

A gift card can result in spending more money at the end. Maybe you got someone a gift card worth 25 dollars. Now if that person wants to get a dress that’s worth 30 dollars, it means they have to spend 5 dollars more. Which is not good in my opinion. You gave that person that gift card so that they can get something from you. If they need to spend money for it, it loses the touch of being a ‘Gift’. Considering this notion alone, it might be a good idea to not get a gift card for someone. If you have any worry that the gift receiver might have to spend more money to get your gift, don’t get them a gift card.

They Can Have Leftovers

On the opposite side, it is possible for a gift card to have leftover value. Gift cards generally come in round numbers. Now if the person shopping ends up picking a product for lesser value, there will be some value left over on the card. This ultimately means that your money is going to waste. This also means that your gift now have a lesser value, even though you paid more than that. If you can assume that this particular person might spend less than the gift card value, don’t get them a gift card. Instead, get them a gift you hope they will enjoy.

This could be for Christmas occasion, for example. Christmas is the best time for giving and receiving gifts. While you might be thinking of saving your time and energy to get everyone a gift card and just call it a day, don’t do it. Christmas is the most special time of the year. It’s the time to tell your friends and family how much they matter to you. Don’t get them a gift card as it takes away the emotion. 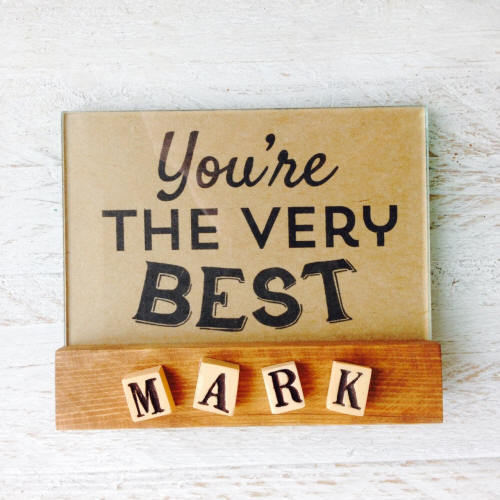 A gift card will never equal the thought it goes into getting someone a proper gift that you specifically chose for them. It also can’t equal the effort you put in to take your time to gift wrap it with a shiny wrapper and put a bow on it. And we all know how much fun it is to see someone unwrap a gift and smile brightly since it is the exact thing they have been wanting in their life. A gift card just can’t compare with all the giddiness and joy that follows with a personalized gift. And besides, special times are generally for special people and the special people should be taken care of. A personalized gift can speak volumes in those special occasions.

That’s right, the very reason we stay away from giving money as gifts is because it puts a monetary value to our relationship. But a gift card does that exact thing, essentially. A gift card will always have a specific monetary value attached to it. So when you are giving someone a gift card, you are letting them know how much money you can put forth for the relationship you have with them.

It’s still not such a bad idea for people you barely know though. But think about a different scenario. Maybe it’s your boss’s birthday party and you got invited. You don’t have a clear idea about this person’s likes and dislikes. You think she might like to get a gift card for a piece from your favorite outlet. But can you give her a 20 dollar gift card? She looks so elegant in her office wear that it might seem like an insult. But going over 20 dollars seems a bit too much for your pocket at the moment. In cases like this, getting a personalized gift instead is a much safer bet. That way, nobody has to know how much you are spending. And it’s never impolite to get someone a personalized gift. Also, a flower bouquet is a much better and safer option than that 20 dollar gift card. You are in the safe zone now.

When You Are In a Hurry

Instead of getting a gift in a haste and risk getting your gift hated with a passion, send them a gift card! You see, gift cards also come with their pros for certain. If you are late for making an effort in choosing a gift for someone, it is a better idea to get that person a gift card instead. At least they have a chance of spending it on something they want. If you are already running late, chances are, you are going to lose your judgment in that moment and end up making a bad purchase. 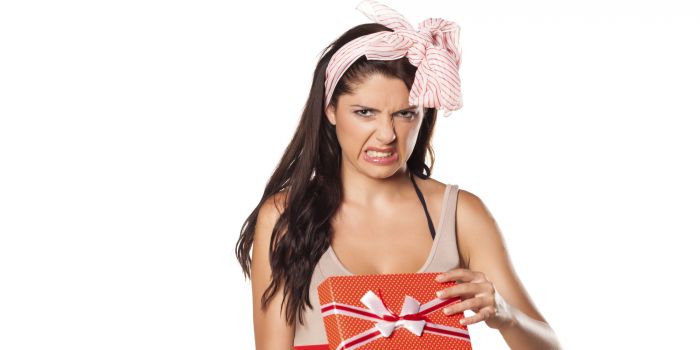 Either way, you are going to be spending some money for that gift. When giving a gift card, you have a better chance of spending it the right way. If you give them something that they absolutely hate or have no use of, it will turn into a waste. I am sure you don’t want that to happen to your hard earned money. It might also earn you a reputation of bad gift giver in your circle, and nobody wants to hold such a title. So if you don’t have the time, spend your money in the smart way, and get that person a gift card instead.

As in, the gift cards run on the risk of decreasing their value or losing the value altogether in case it expires. Perhaps you want to give your niece a pair of nice gold earrings as her graduation gift. Over time, this particular piece of jewelry will increase in value as gold prices are always on the rise. Now you might want to give her a gift card instead so that she can get whatever she wants. Chances are, she will spend it on a pair of shoes or a gadget or something else, which will lose value over time and become obsolete in the future. You see, depending on the situation, it can be wise to not get someone a gift card. For this particular example, your gift will be much more valuable and cherished in the years down the line.

Also, gift cards can expire. If you get a gift card, chances are the receiver might never find the time to go to that store and get something for themselves. Since gift cards come with an expiration date, there is a risk involved with it. If you don’t know if that person is actually capable of going to the store to get themselves something, don’t get them a gift card. It will be a waste of your money and I am sure you don’t want that.

Gift Cards Can Be Personalized Too 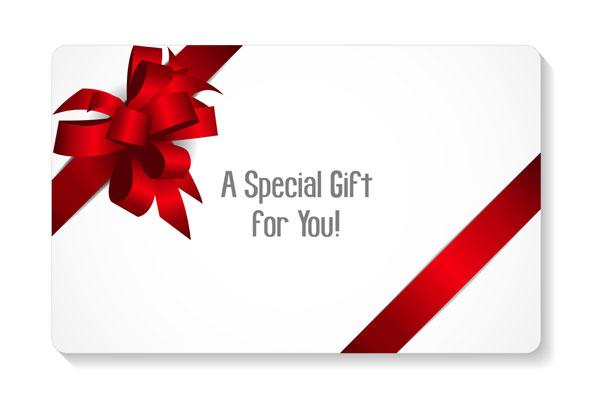 Sure, gift cards have that bad reputation that they are not sentimental enough. But think about it, you are getting this person a gift card from a store you know they like. You know they are going to enjoy this gift a lot more if they get to pick it themselves. I think that is reason enough to give them a gift card in many situations. Sometimes it is just hard to shop for someone else. We hardly even know what we want, sometimes. If you know your friend loves Forever 21, what’s so bad about getting them a card from there? They still get to choose their own outfit. You still get to give them that outfit. I think it’s a win for both parties involved. Don’t be afraid to give out a gift card just because people say so. A gift card can be just as well received when your intentions are clear.

I believe that at the end of the day, it comes down to your own judgment. Do you know this person well enough to get them a gift you know they will like? Then go for it! If you would rather like to play it safe, give them a gift card. Don’t fret too much over the gift that you actually can’t concentrate and have fun on the actual event. I mean, as they say it, it’s the thought that counts. In certain situations, a gift card can be a thoughtful substitute as well. Hopefully this article will give you some basic idea about where to start. 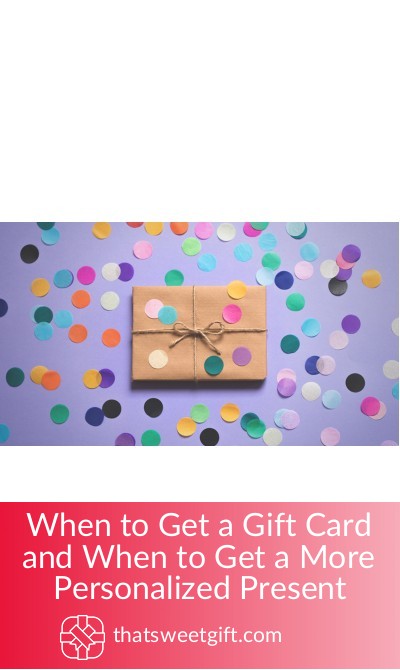