Everything you should know about Game of Thrones – Season 8 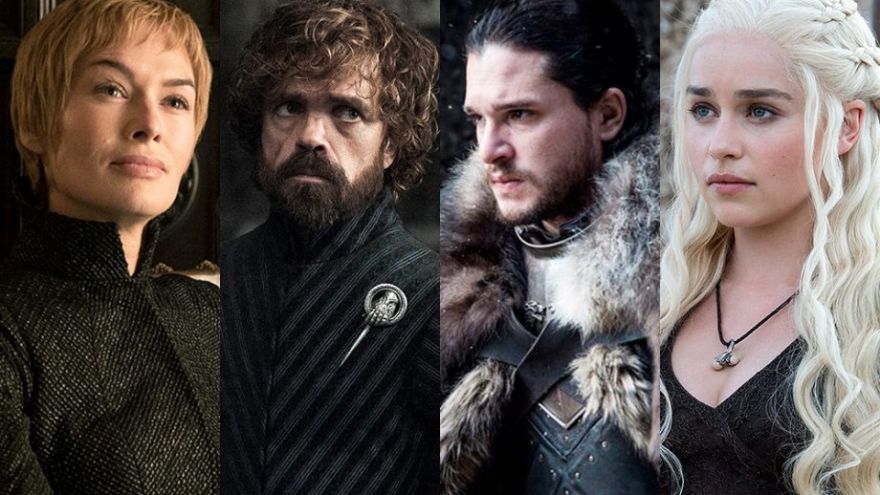 The world is coming to an end in 2019, at least for the fans of the hit fantasy show Game of Thrones. The final season eight will be broadcast in April, in six almost feature-length episodes running up to two hours. If you’ve never heard of Game of Thrones, or never watched an episode during its nearly ten-year run, where have you been? HBO’s mammoth creation of the seven kingdoms from George RR Martin’s books has enthralled audiences around the world. The show has made its leading players into international stars.

The saga is about to culminate in a battle between the living and the dead which has been talked about and alluded to since the very beginning. On the one side, we have a driven horde of zombie corpses about to overrun a bunch of humans squabbling over who should rule the kingdoms when the fate of the human race is at stake. Talk about taking your eye off the ball! Anyway, here’s what we know so far about season eight.

When Will It Air?

It’s expected to air on HBO, and around the world within a few days sometime in April 2019. The exact date has yet to be announced. However, it’s expected that all six episodes in season eight will be shown before the cut-off date for inclusion in the 2019 Emmys, which is May 31, 2019. 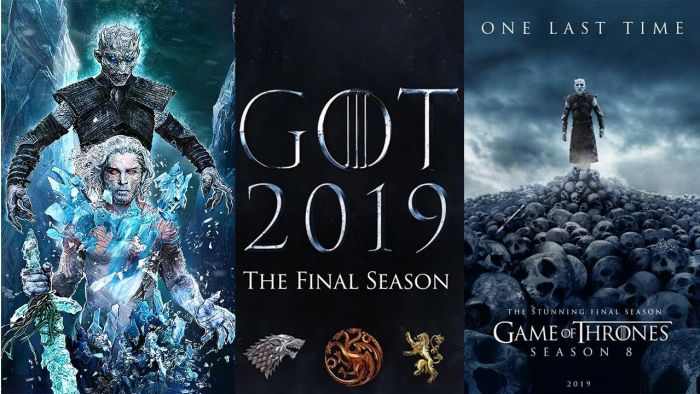 This means the premiere will be no later than April 21, which is pretty much in line with all the other seasons barring the last which was delayed.

What we do know is that the filming has ended, and the show is now in post-production. The fan site Watchers on the Wall said July 6, 2018, was the last official day of filming. This has been corroborated by actress Maisie Williams who plays Arya Stark when she posted a photo with the caption saying goodbye to Arya, Game of Thrones and Belfast. If you are not aware, the studio filming for Game of Thrones is done in Belfast in Northern Ireland.

Although there are only six episodes in season eight, all will be longer than the episodes in previous seasons. Most have been about an hour in duration, expect the final episode of the last season which stretched to an hour and a half. However, the budget for each episode has been more than doubled to $15 million. To put this in perspective, it far exceeds the next most expensive television production, which is Netflix’s The Crown, which came in at about $5 million per episode for its first two seasons. Unfortunately, with just six episodes, season eight will be over a lot quicker than many of the fans would wish.

It’s already known who is writing the shows for season eight and who’s directing them, although we don’t yet have any show titles to give us a clue to what might be happening in each. Unlike previous seasons, the showrunners David Benioff and DB Weiss are not writing episode one. They’re concentrating on the culmination of the season and are writing episodes, 3, 4, 5, and 6.

Episode one is being scripted by Dave Hill, who has written three previous episodes and episode two is the work of Bryan Cogman who has worked on scripts for every season of the show. As to directors, David Nutter directs episodes 1, 2 and 4. He’s probably best known to fans as the director of the ‘Red Wedding’ bloodbath episode. Miguel Sapochnik is working on episodes three and five, and Benioff and Weiss will direct the final episode.

What Can We Expect To See

There are already some clues on what we can expect in season eight out there. Entertainment Weekly reported that the first episode of season eight would take place at Winterfell. Apparently, it will have lots of back-references to the first episode of season one. The arrival of Daenerys (Emilia Clarke) and her army will be reminiscent of King Robert’s approach to the Stark’s ancestral home almost ten years ago. What is also evident is that characters who have never met before will join forces as they prepare for the onslaught of the ‘white walkers’ or the army of the dead. 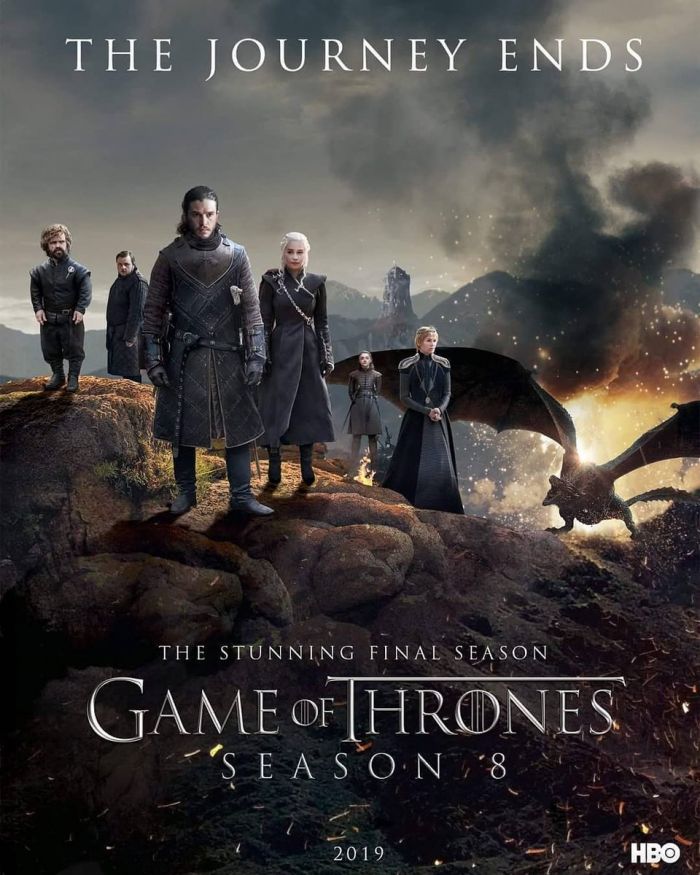 What is also pretty confident is that the battle between humanity and the living dead will take up one who episode. It will be the biggest and longest action scene ever made for a movie or television and has been directed by Miguel Sapochnik. The night scenes at Winterfell took 55 nights, that’s almost two months of shooting, before heading to the studio to finish the schedule. Producer David Benioff told Entertainment Weekly that the challenge was to make such a sustained battle exciting and compelling, as it is the real climax of the story that’s been building since episode one of season one.

The show has expanded so much for this final season that the producers even though it could be made as three feature-length movies, rather than a six-episode season. Show producers David Benioff and DB Weiss were thinking about the finale six years ago when they broached the idea of feature-length movies with HBO. The company vetoed the movie plan and instead increased the budget for each episode to the record-breaking $15 million.

Who’s Alive And Where Are They?

In the seven previous seasons of Game of Thrones characters have come and gone, mostly by dying a gruesome death. With so many intertwined storylines it can be challenging to keep track of who is who, and where they are in the seven kingdoms and the story. Here’s a look at where the main characters are going to be at the start of season eight.

After getting rid of Littlefinger, Sansa and Arya are still in the North. After learning the truth about Jon Snow’s identity Bran, aka the Three-Eyed Raven, is also at Winterfell. They’re all joined by Samwell, Tarly, and Gilly who have left the giant library they spent a lot of season seven in.

Sailing blissfully unaware of their relationship John Snow and Daenerys are on the Narrow Sea heading to the White Harbor, and eventually Winterfell. With them are a crowd of other characters including Tyrion, Varys, Jorah, Davos, and by implications Clegane, Brienne, Podrick, Bronn, and the Hound/Sandor. Elsewhere on the Narrow Sea, Theon Greyjoy has set sail to rescue his sister Yara from the clutches of evil uncle, Euron. At the same time, Euron is on his way to Essos to get support from Cersei Lannister.

The giant ice structure has collapsed after undead dragon Viserion used his flames to torch it. The last barrier between the Night King and the Seven Kingdoms has been removed. The fate of Tormund Giantsbane and Beric Dondarrion is a mystery as they were trying to descend the wall when it collapsed.

HBO has done everything it can to stop the end being revealed ahead of time. The company president Casey Bloy has said a number of endings will be filmed, so there will be no definitive answer until the end is shown. Another way of stopping leaks has been an innovative way the script is prepared and provided to the cast. For this season Nikolaj Coster-Waldau has explained the actors are getting their scripts digitally, and once a scene has been successfully shot, the scripts are automatically deleted.

If you’ve been paying attention to the previous seven seasons, then there are some clues already in the storyline which should be fulfilled in season eight. We do know that Euron Greyjoy is going to die sometime during the season, the actor who plays him, Pilou Asbaek has confirmed that.

Last season in episode three there was a prophecy Melisandre and Varys would return to Westeros, where they would die. And if your memory can go back to the beginning of season five, you might remember the prophecy that Cersei Lannister would die at the hands of her brother. Which brother is never made clear, so it could be Tyrion, Jaime, or maybe Arya Stark in disguise?

Will there be something to fill the void for fans left with no Game of Thrones to watch? Well, HBO has talked about a possible spinoff to the series, the only one that seems likely to air is a show set thousands of years before Game of Thrones about the ‘Age of Heroes’. 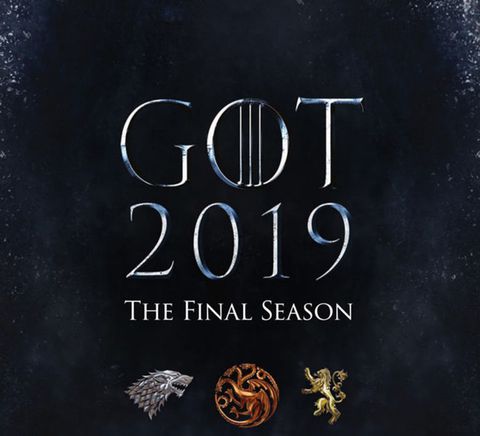 The story involves the First Men, and the Children of the Forest, along with the original war with the White Walkers and the creation of the Night King. There have been references to this in Game of Thrones since season one. Production on the show which could be called The Long Night began in early 2019, with a pilot written by Jane Goldman and Naomi Watts in a leading role. So at least there is something to look forward to in life after GoT. 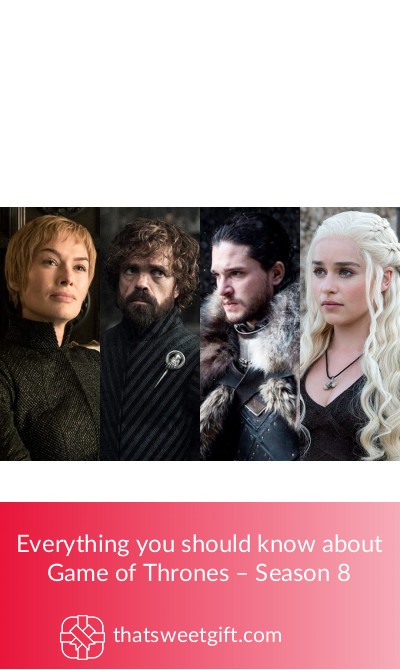