Dog Breeds that You can Trust with Your Home! 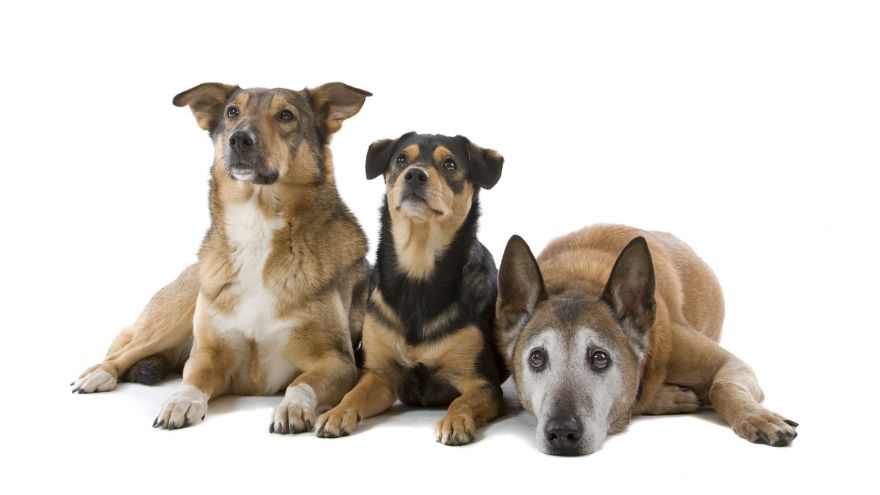 Well, it’s a matter of attempting to adopt a dog and also, being worried whether or not the dog will become a nightmare. So, most people just hold back on the whole “Dog’s are man’s best friend” program that’s been going on for more than a century.

Nonetheless, if a dog is still on your want list and you’re about adopting one, then it’s a pretty good idea if you go through this post first. It’s a list of the dogs that’ll actually leave your items as they are.

All dogs individually are different, and this touches dogs of the same breed that seem too dandy on the idea of chewing on things. Still, there are breeds that have a low tendency of actually destroying your couch, electronics, clothes, or even simply making a mess out of everything. Additionally, in this case, home means apartments too. 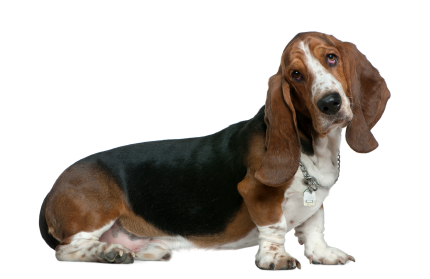 If you haven’t heard about them before, then a little introduction is needed. Basset Hounds are simply just lazy. There’s no better term to describe their overall behavior in anything work related.

Mind you though, being cute and loyal isn’t work to them in the least. Funnily enough, they were bred to hunt small game like rabbits due to their slightly large frame.

Nowadays though, all they do is sleep which is especially helpful if you’re mostly at work during the day. And as they’re extremely stable dogs emotionally, they won’t just stand up and make your items a chew toy. Nevertheless, if you want to play with them, they’re always up to the challenge but they do behave like cats in a way that they love cuddles.

Point made, it will be helpful to at least drop some toys filled with dog treats for them. Also, Basset Hounds love people (makes them poor guard dogs) generally and that includes exercising some patience with kids. If you prefer a dog that guards and is territorial, you may have to look onwards. 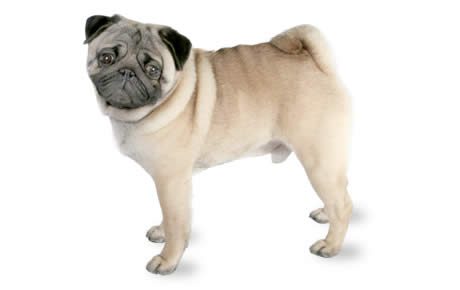 Likewise the Basset Hound, the Pug is also content to just sleep. This is especially good if you prefer a cuddling partner and you’re busy throughout the day. As a matter of fact, their need for physical activities is so low, that they might throw up a fuss since they prefer sleeping. So, it’s not a matter of trying to force them to stay at home because you don’t need to. They, themselves, naturally prefer to stay behind at home.

Pugs are funny animals that will amaze you and your family with their antics. Also, their small size (low damage risk) and friendliness to people are appreciated and the fact that their calm attitude ensures a simple T.V screen is enough to absorb their attention is impressive.

Nonetheless, they’ll need basic training and some time to adjust for them to be good enough at home. 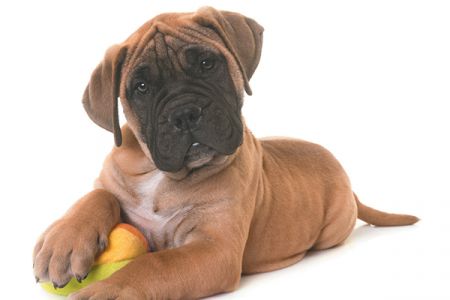 Despite the big size and bulking muscles, Bullmastiffs are not that imposing when you consider that they’re oddly quiet to the extent that it feels like they’re waiting for something, or in this case, someone. At least, that’s the case when you’re not at home to monitor anything.

That point made, one other fact that contradicts their large size is that they’re big softies at heart. Bullmastiffs are loyal to a fault and that extends to any item you trust them with. Also, keeping them in shape doesn’t require that much work, so, this is particularly helpful as you might only be at home for a few hours.In which case, you only need to exercise them a bit.

The only issue with them is that they drool a lot and their large size needs a big home or at the least, a spacious apartment for them to move comfortably in. Still, note that they do need some basic training to make leaving them at home easier. And in regards to them making chew toys out of your shoes, they simply have bigger fish to fry. 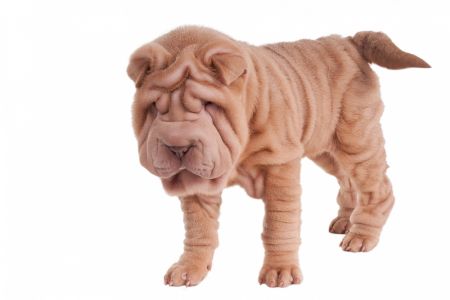 Seeing as you won’t be at home all the time, the Chinese Shar-Pei is one breed you have to consider. They do best, alone, due to their choices in life, which entails watching everything and anything that goes with untouchable calm.

As a result of this, they’re the type of dogs that might not even notice you’re gone until you come back home. That kind of independence is welcome, but it also means they’re headstrong in their beliefs. One of which is their distrust of strangers, that, although is helpful since they’re excellent watchdogs/guards (they really like the job), isn’t completely safe. If they perceive a threat, they’ll obviously attack even if you’re there and because of that, we recommend you train and socialize them as early as possible.

Their size isn’t up to the Bullmastiffs and they’ll do well in any environment, though a little bit more space is still welcome. 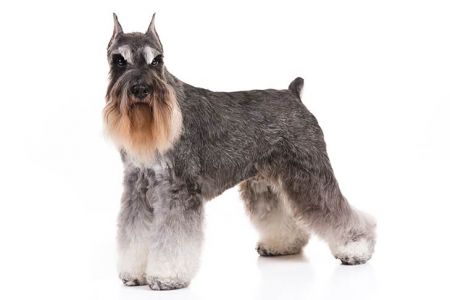 Think of the Pug, then think of the Bullmastiff and with that, you have the two ingredients to form a Miniature Schnauzer’s personality and build. Miniature Schnauzers (Schnauzer means small beard in German) are perfect home-alone partners due to their intelligence and affectionate nature—as you can train them from a young age to either be a guard dog or simply enjoy their time alone.

You can literally train them to have the personality of any dog (well, maybe that’s far-fetched), except that their type of build might hold them back in that regard. Nonetheless, despite being trustworthy enough to leave at home, there’s nothing wrong with dropping a few toys stuffed with treats to keep them busy a bit. Especially if you’re not into the watchdog role they can play. The best thing, to us, about them is that it’s like they understand the need for you to be busy and won’t fault you for it. Due to that, they’ll happily come rushing to you as soon as you get home and hardly, will you have some privacy with them.

How long can Dogs be Left Alone?

Dogs, naturally are pack/social animals and when you leave them alone for hours on end, it feels like you’re betraying their natural instincts. They seriously want to be with you, or at the least, know you’re nearby. So, because of that, its crucial that you know how long you can leave your dog alone at home.

For adult dogs, you should only leave them alone for about 7 hours maximum, while puppies should not be left alone for more than two hours. This has to do with potty breaks, of which, adults simply last longer than pups. So, depending on your schedule, you may need to adopt an adult dog if you’re busy most of the time or a puppy if you’re not too busy that you won’t have any time for your pup.

Tips for Leaving your Dogs Alone at Home

Below are the tips that you may need, whenever you’re leaving your dog at home.

1. If you can, exercise your dog before you leave your home. This helps in burning energy on the part of your canine, which in turn means it will probably sleep for some time when you’re absent. It’s very helpful in the case of the Miniature Schnauzer but in the case of Pugs, you hardly need to do anything of such.

2. Enough food and water should be provided before you leave home. This is obvious, but a lot of people allocate food and water that won’t be enough for their dogs and this leads to frustration that might be vented out on the dog’s environment. So, it’s far better—that you leave enough to get him or her full and maybe even fall asleep as a result.

3. House training your dog is very much advised. We mean, binge eating on your dog’s part should be prevented which, is also why you need to regulate the amount of food you’ll be leaving for your dog. Also, scratching, chewing, and even biting must be controlled, so as to prevent a lot of damaged furniture or items in your home when you’re absent. We recommend you buy a chew toy for your dog, to at least, be on the safer side. Potty training should also be done, and in the case of puppies, this is especially sensitive as they don’t have full control over that particular trait yet. When you get back home, hopefully, everything will be in place and at most, you’ll only have a bit of cleaning to do.

If you are always busy and not at home, but you need a companion in the form of a dog, this post shows the canine you can comfortably live with. Nonetheless, mistakes do happen sometimes (reinforces the need for training your dog), so, don’t be too annoyed when your dog has some minor (we hope so) surprises for you. 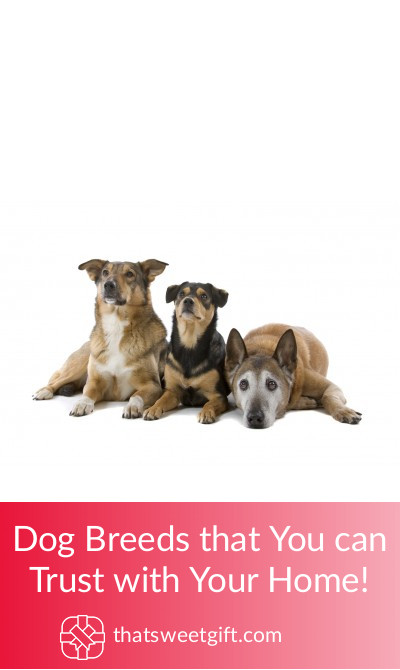