Dangerous Destinations to Avoid Traveling to in 2023 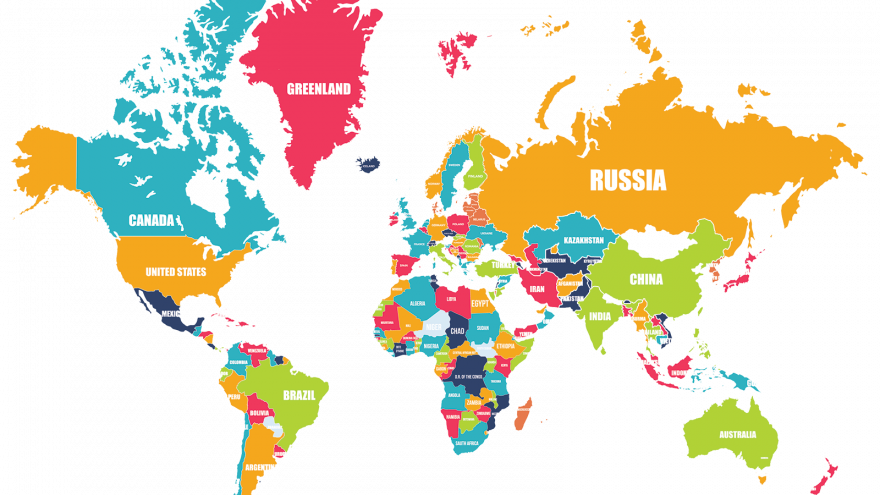 Travel is always an adventure, and traveling somewhere off the beaten track can add excitement and maybe some glamor to a vacation, but it can also add a heap of danger. Some of us are happy to find sunshine, a beach, and a lounger, while others are looking for something more unusual for their annual two-weeks away from work.

Of course, there are some obvious places it’s not a good idea to vacation at any time – war zones can really take the shine off any vacation. The US Government among others posts advisories to nationals warning which countries and places it regards as too dangerous to visit. These lists are updated as the political landscape changes, sometimes on a daily basis. There are also places where it is considered inadvisable to visit, but there is no blanket ban on travel.

At the end of last year security experts, SOS International and Control Risks put together a world map highlighting the safe and unsafe destinations for travelers in the coming year.

Although no longer considered and active war zone the security problems in the country continue. There are constant terrorist threats to foreigners living in Afghanistan, even in the capital Kabul. Hotels and restaurants used by visitors have become targets for deadly attacks.

Anyone traveling to the country is being advised to understand the safety implications before they arrive and check there is sufficient security in place at any accommodation of place you intend to visit before entering the country.

Both the US and UK governments have permanent advisories for nationals to only to travel to the country if it cannot be avoided, and then with the appropriate security in place before arrival. Mostly it’s not a place you should head off to for a carefree backpacking holiday.

Although the threat of ISIS in Iraq has subsided, it has not gone away completely, and areas closer to the border with Syria are still subject to airstrikes and coalition action. Until there has been a sweep by mine clearing teams, areas once occupied by ISIS as still considered highly dangerous with the threat of IEDs (improvised explosive devices) still high.

The security situation is still unstable, and therefore terrorists still pose a threat to visitors and locals. For foreigners, there is the possibility of kidnapping. Security experts warn that attacks can happen at any time; however, there is a heightened risk during religious and public holidays.

Security within Libya is these days described as ‘fragile’. The refugee and migrant trade across the Mediterranean has meant many of the ports have become run by ruthless traffickers, some who may be affiliated to terrorist groups who roamed the country following the downfall of Colonel Gaddafi.

With no single stable government in charge, the country is splintered, and security is piecemeal. Foreign nationals are an obvious target for kidnapping, and there have been plenty of incidents in the country’s recent past. The various terrorist factions active in Libya means attacks are still happening even in the big cities.

As one of the great cultural and religious centers in Africa, Mali has been a destination for intrepid travelers for decades. However, its standing as the epicenter of the spread of Islam through Africa has also seen a growth in fundamentalism and extremism. With that has come to an increased security risk for visitors, particularly foreigners. Indiscriminate terrorists often attack areas where tourists and visitors are likely to be present such as hotels, restaurants, and places of worship.

The situation is not helped by the inability of the authorities in Mali to put in place adequate security, which has led to the growth of terrorism. Advice by Western governments is for anyone wanting to visit the country should adopt a low profile, as the risk of kidnapping his high, even in the capital Bamako.

As a country it’s probably been off most people’s ‘must visit’ list for a while due to the devastating wars, insurgency, and piracy of the last two decades. There are less dangerous places to experience fantastic wildlife and miles of pristine beaches. Westerners and Western organizations are under a blanket threat from terrorist groups operating within the country.

Even today, there is a constant security uncertainty in the capital Mogadishu, where there is the likelihood of indiscriminate bombings and kidnappings. The threat does not limit itself to the land; the seas off Somalia have become synonymous with the most audacious piracy. Pleasure sailors making their way around Africa have found themselves kidnapped and held for ransom on a number of occasions.

It may be the youngest country in the world, but it’s also one of the most lawless. You know the situation is terrible when embassies impose their own curfew on staff. Although the government of South Sudan has no official curfew, Westerners are advised to keep off the streets of the capital after nightfall, and not to venture far from the city.

There are reports almost every day of fighting between armed groups somewhere with the country. Just ten years ago, South Sudan was a magnet for people wanting to see wildlife in a natural environment, without the hordes of tourists seen in national parks in other parts of Africa.

It’s not surprising that Syria is on the list of places not to visit during 2019. The country has been devastated and fought over in a decade of civil war and insurgency. The situation within the country remains dangerous and highly volatile. Whereas in some areas there is a feeling of relative peace, others still experience intense fighting involving artillery and air strikes.

Although the government of President Assad appears to be regaining control, there are still some areas of the country, notably in the south, north, and east, where opposition factions have the upper hand. It has yet to be seen if ISIS will wholly be removed from the country. However, the terrorist groups’ open hostility to any Westerners makes its presence in itself a reason not to visit the country.

Yemen is another country being devastated by war. While two distinct groups are fighting in the civil war, other warlords and factions are taking the opportunity to end old scores, so the situation with the country can best be described as fluid. Foreigners are under threat of kidnap and detention. There is also the chance of indiscriminate bombing as part of the ongoing civil war.

Terrorist attacks just add to the hardships faced by locals. Added to all this there is now a food emergency within the country with many on the brink of starvation. All Western governments have advised their nationals to leave the country unless their presence there is vital. It’s certainly not a place for tourists wanting to experience the country’s long history, or magnificent and unique flora and fauna.

A year ago Nicaragua was vaunted as one of the next big luxury holiday destinations, but that has turned around a hundred and eighty degrees. Prolonged political unrest and violent street protests throughout the year has turned the situation in the country on its head. Thousands have been injured and at least two hundred people killed in the rioting involving tear gas, rubber bullets and live ammunition.

It’s this unrest that has forced many people to try and seek asylum in the United States. What was looking to become a jewel within Central America has become a nightmare for potential visitors. Until the political situation within the country stabilizes, the advisories against traveling there for business or pleasure are likely to stay in place.

The failing Venezuelan economy makes the country one of the most dangerous in the world. There have been regular huge demonstrations in the capital Caracas and other cities, which can spontaneously turn violent. The unrest has come due to the deep economic issues the country is suffering, which has led to shortages in food and water and basic services.

In turn, violent crime is on the rise. With inflation at thousands of per cent per year, the currency has already been devalued once and may have to be again. Prices for locals have forced many to leave as they can no longer afford to live there. Any visitor will be seen as an obvious target for foreign currency or expensive gadgets such as phones or cameras which have a currency on the black market. 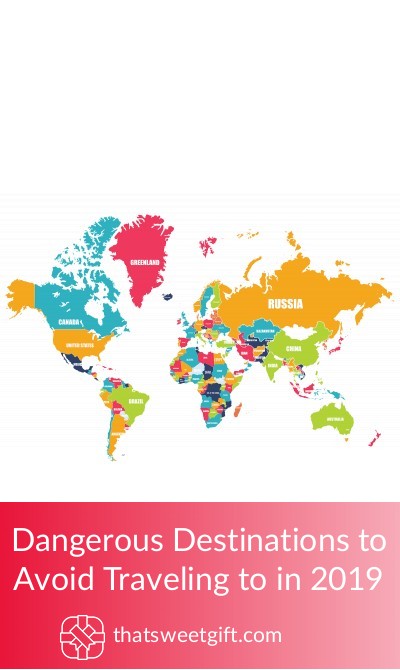