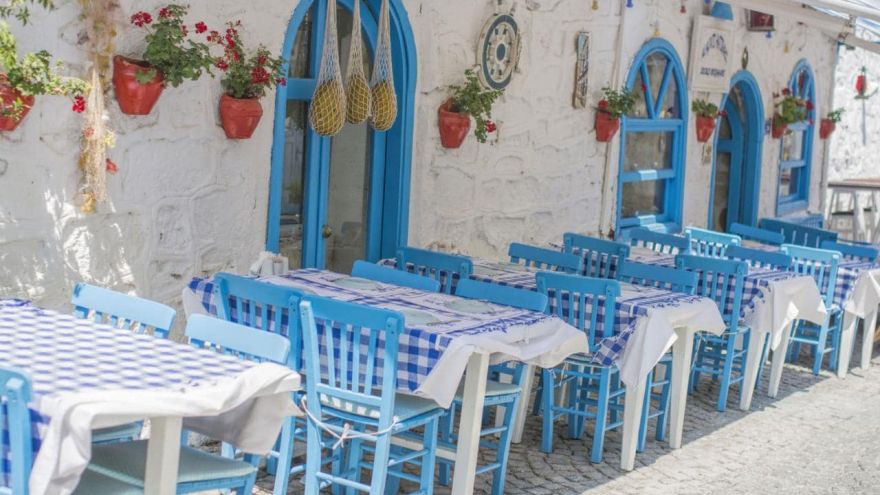 For some people the best Greek restaurant is the nearest one, for others, it can be a place of pilgrimage to get the authentic taste of Greece.

You’ll notice that almost all of our recommended restaurants are in coastal cities, as getting fresh seafood is crucial in cooking great Greek food. If you can’t afford to fly to Greece to sample the true Hellenic taste, then check these 10 Greek restaurants that are a cut above the rest. 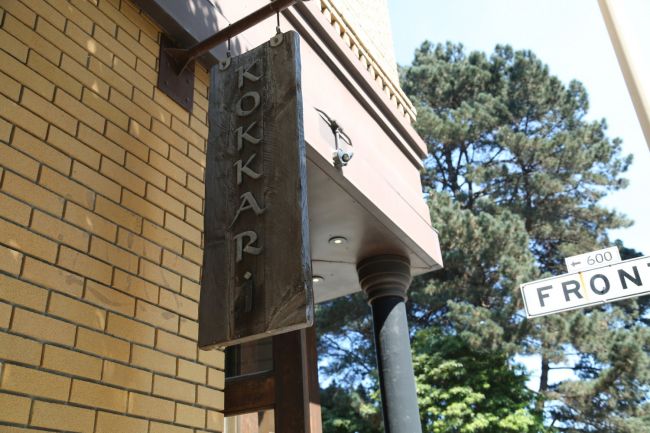 This favorite lunch and dinner restaurant in the heart of San Francisco takes Greek cooking up a notch, and has been described as a place where you can experience the ‘ingredients of gods’.

The cavernous restaurant space is filled with the scent of wood smoke from the open-hearth grill and the wood-fired oven where they prepare the pita bread, seafood and game dishes.

Starters include grilled octopus, and deep fried smelt – baby sardines – which are eaten whole, with a garlic-potato mix called skordalia on the side. 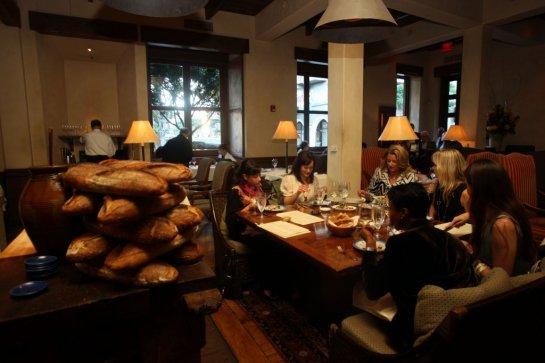 The traditional moussaka is rich and creamy. Better leave room for dessert as their loukoumades – Greek style donuts served with honey, cinnamon and walnuts is something special. 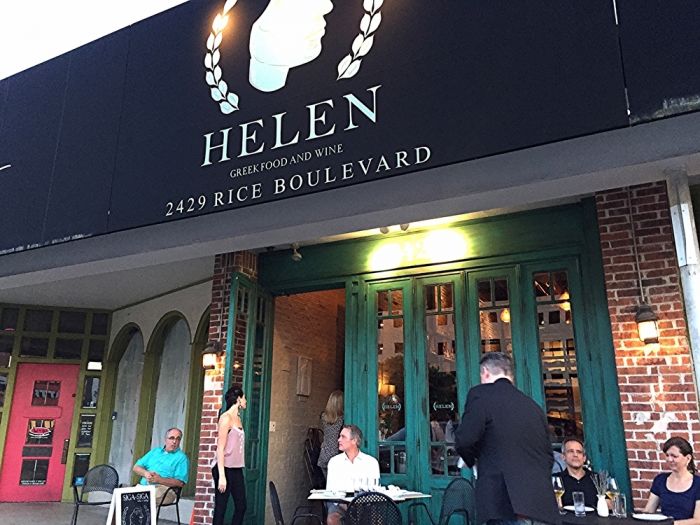 The Helen restaurant has been nominated for a James Beard award and is is the result of sommelier’s Evan Turner’s work. Having a wine expert at the helm, it’s no surprise the restaurant boasts and an extensive list of exceptional Greek wines.

With 120 varieties available, the wine is stacked on the walls creating a cellar resembling design more usually found  in a wine and dine restaurant. With William Wright in charge of the kitchen, traditional Greek fare has been given a boost in keeping with the new wave of Hellenic cuisine. 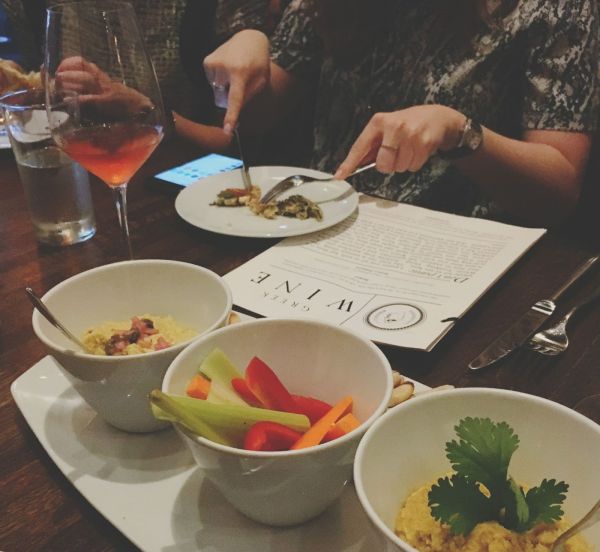 The filo pastry, feta cheese and veggie pie are to die for. All the excellent seafood comes directly from the Gulf Coast. 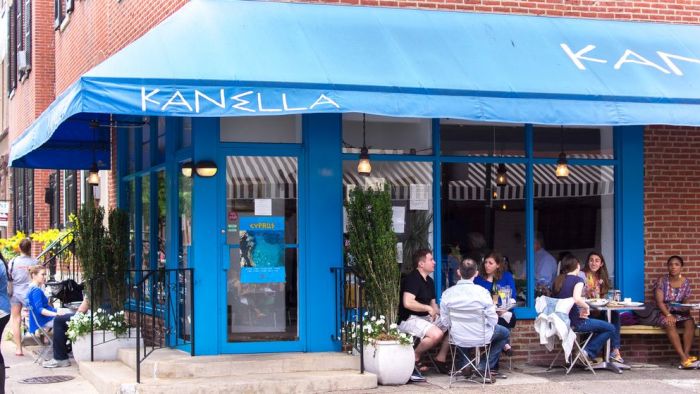 After the success of the original restaurant, the chef has opened up a second Kanella, and some reviewers are saying it’s better than the first one. If you are wondering what the name means, Kanella is the Greek word for cinnamon.

A charcoal grill and wood oven add authenticity to the Greek dishes. The smoky flavor to the goat chops, roasted branzino, and lamb pita bread is just the start.

The original restaurant only had a BYOB license, this new addition has a liquor license, and the owners are making the most of it. 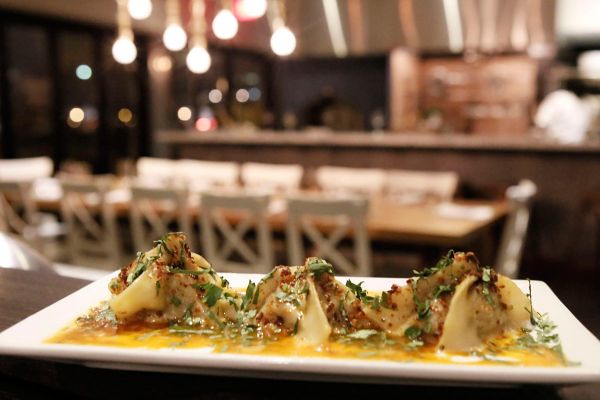 There are a wide range of cocktails using local Greek ingredients including masticha from Chios island, as well as an intriguing ouzo daiquiri. The wine cellar is stocked with original Greel wines, Hungary, and Lebanon. 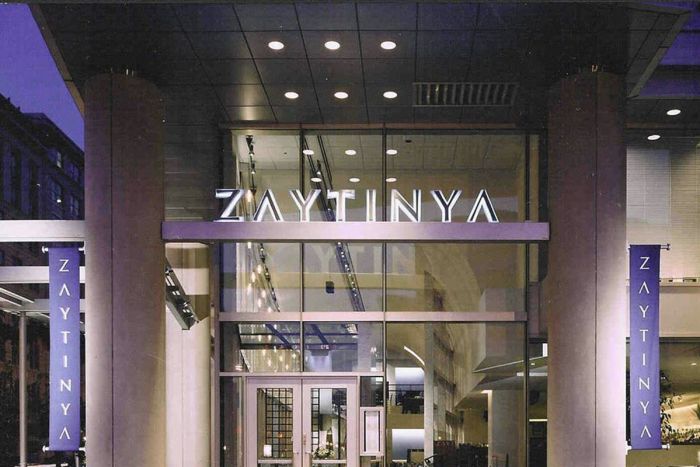 If you’ve never eaten Greek food before then, this is a place where your taste buds can travel around the country in one meal.

The theme is mezze, eating small plates of food, as an accompaniment to good wine, in a similar way to Spanish tapas. With almost 80 items on the menu, there are plenty of dishes to tempt. 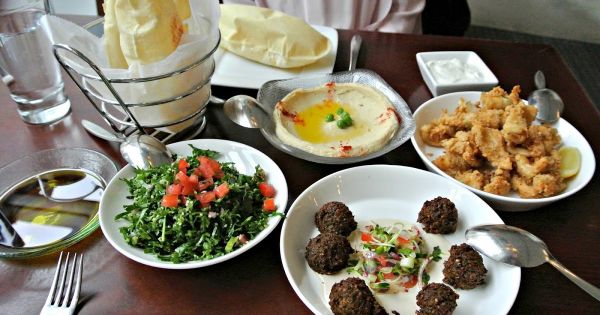 The wine list is exclusively from the Mediterranean with many bottles from the magnificent wine regions of Greece. 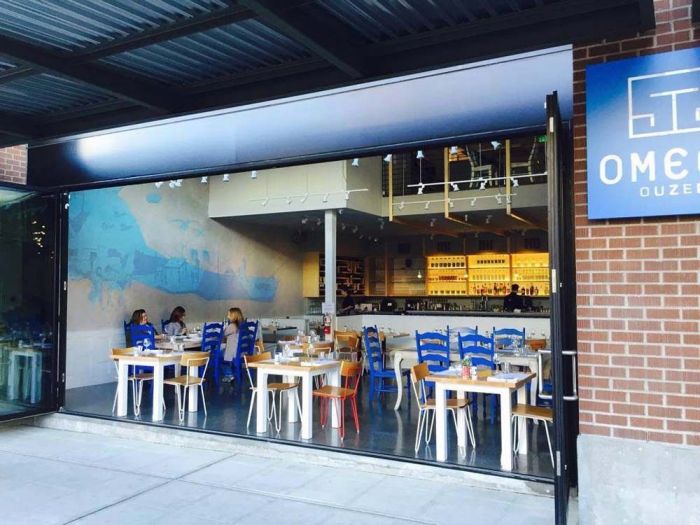 A traditional Greek ouzeri is a taverna where people would eat mezze and drink ouzo, as in Greece the drink is only consumed with food.

The Greek master in food Thomas Soukakos has lived  in Seattle for twenty-five years and has created a superior restaurant with its open kitchen and minimalist dining area. 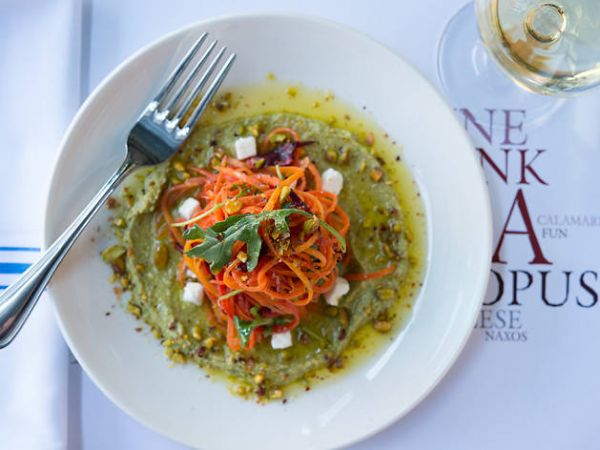 As a starter, the sesame koulouri is made in-house, which is an excellent accompaniment to the grilled meatballs or the bass bathed in origano. The loukoumades are fluffy and delightful when drizzled with Greek honey and cinnamon, and the optional chocolate sauce. 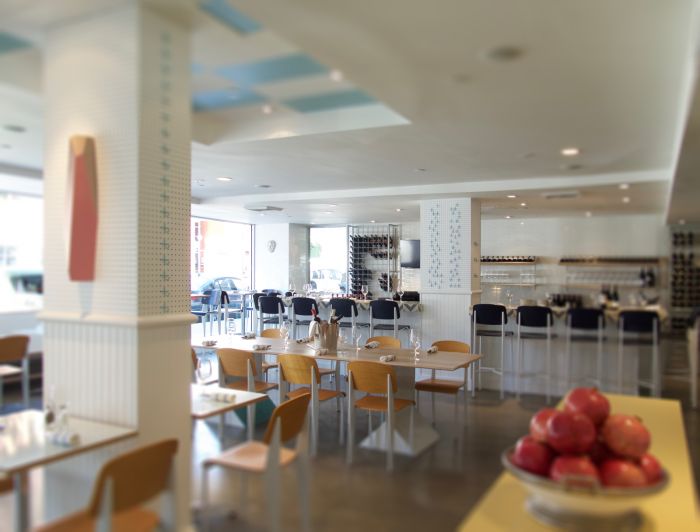 Finding a good Greek restaurant is harder than you would think. The presence of establishments is growing, but those that can be described as authentic and of quality is few.

This chic restaurant in Santa Monica is an exception as it is run by Cyprus native Carolos Tomazos. The bright, clean interior makes it an excellent place for lunch or dinner. 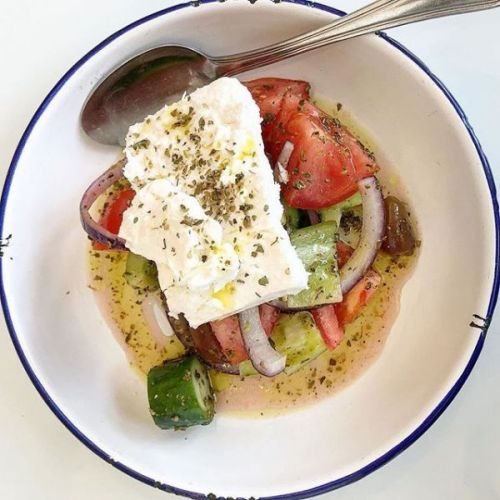 The trend among diners is to share their plates as the restaurant has gained a reputation of serving delicious Greek-inspired cooking. From the classic Greek salad to the smooth and richly layered moussaka your taste buds will be transported halfway around the world.

For dessert don’t forget to try the honey sweet baklava. There is also an impressive wine list, and some incredible sherries to end the meal.

7. Emilitsa Greek Restaurant In Portland, ME 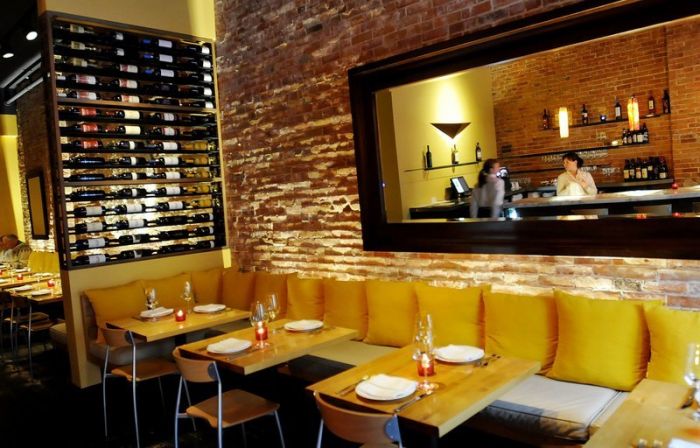 This Greek restaurant has become a Portland landmark in the ten years since it was opened by bros John and Demos Regas. The restaurant is named after their mother.

Chef Demos looked after the cooking and has recently brought son Niko in to take charge and help out. The menu has been refreshed by the new head chef and still has the mark of Greek cooking re-invented for the 21st Century. 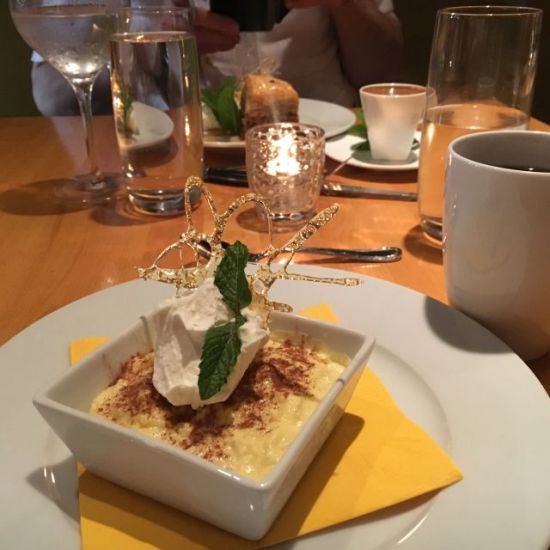 The lamb ribs are glazed with citrus and coriander, and the swordfish from Novaa Scotia is grilled and topped with amazing peppers. 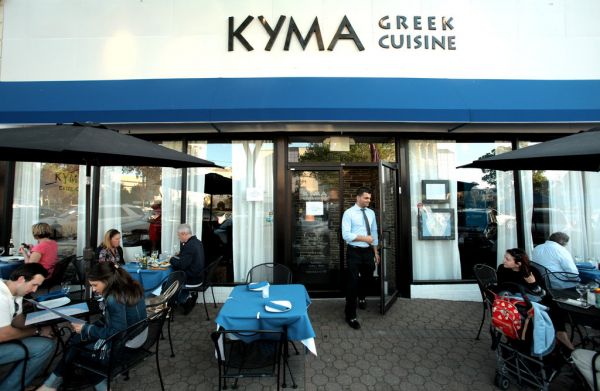 When in Georgia, If you want to catch a wave in Atlanta, there is no better place than Kyma – which is the Greek term for wave! The restaurant focuses on fish, like the typical fish taverna you find in any Greek town or village.

Chef Panos Karatassos picks the day’s freshest catch and displays them on ice at the entrance to the dining room. The fish are cooked in a wood grill, basted with olive oil, lemon juice and oregano to give an authentic Greek taste. 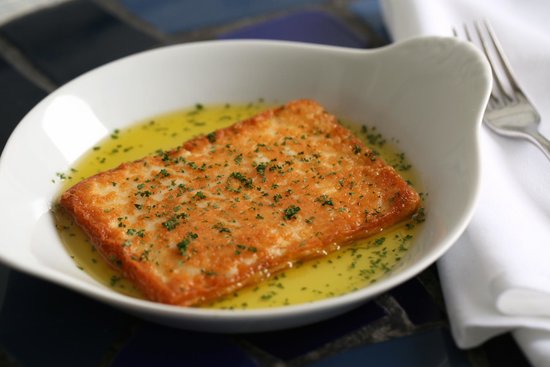 The fish is filleted at the table by skilled servers, which adds to the elegant and super flavorful experience. 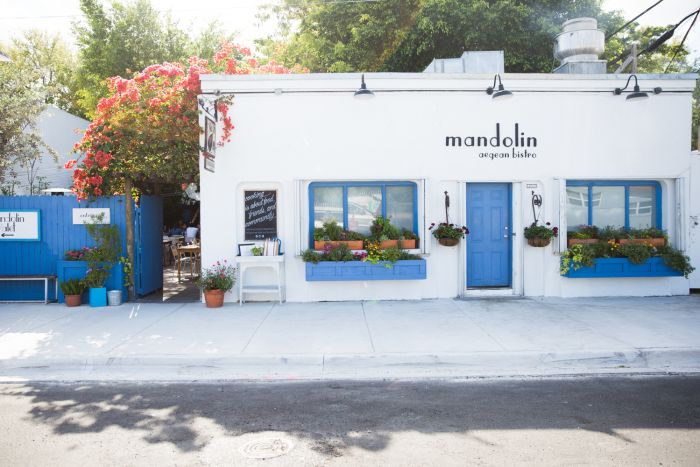 This Mediterranean-inspired bistro brings a touch of the Aegean to Florida. The restaurant is decked out in the typical Greek style of white and blue which can be seen on many of the Aegean islands.

Walking through the doors, you are wafted to balmy summer evenings in the Greek islands. The chill atmosphere is complemented by the traditional mezze of dips and small dishes that populate the menu. 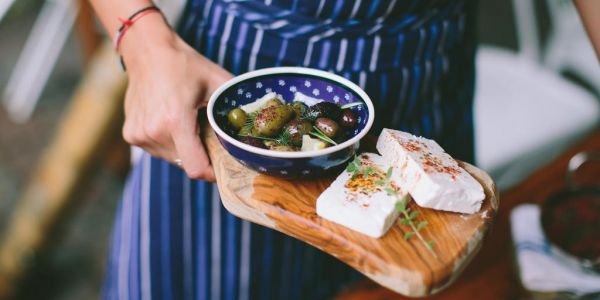 Fresh fish and seafood can be fried or grilled to give diners a taste of an authentic Greek fish taverna. 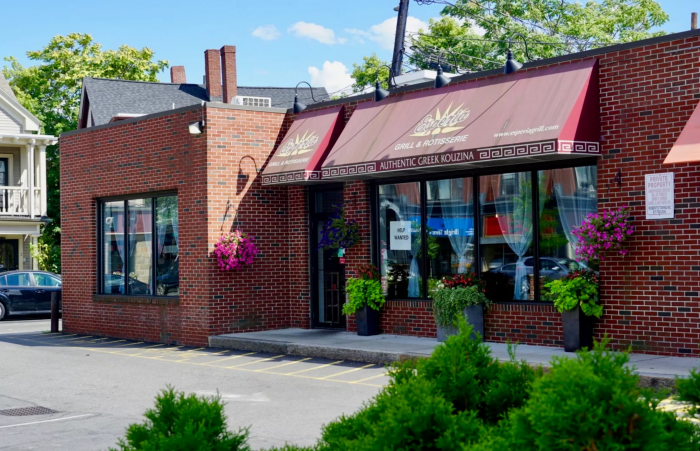 Owners, the married couple Georgia and Tim Athanasiadis turned a pizzeria into what Greek’s call a kouzina, or kitchen, that turns out some of the best souvlakis on the East Coast.

The couple has given the traditional street food a boost with some of the best gyros in America. An example of this is he marinated pork or chicken is charred on the grill before being wrapped in a pita with fresh tomato and onion and a dollop of homemade tangy tzatziki. 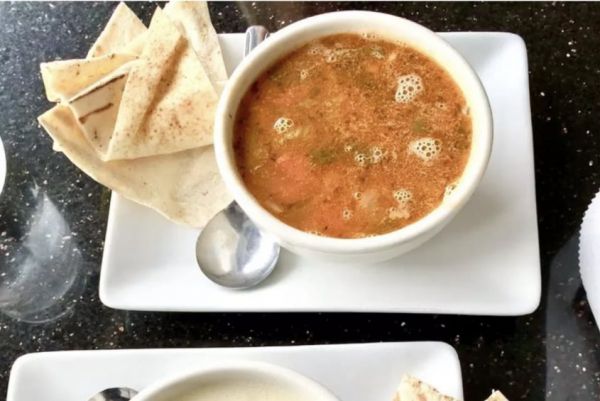 One of the restaurant’s specialities is feta doused with fig jam and honey, just like the way it’s eaten in Crete.

Now that you have this list and we can guarantee you each Greek restaurant we included is a top pick, it’s time to get your taste buds ready for some seriously delicious foods! 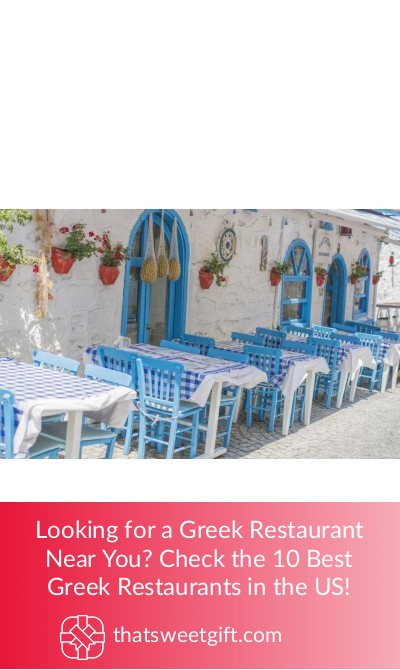