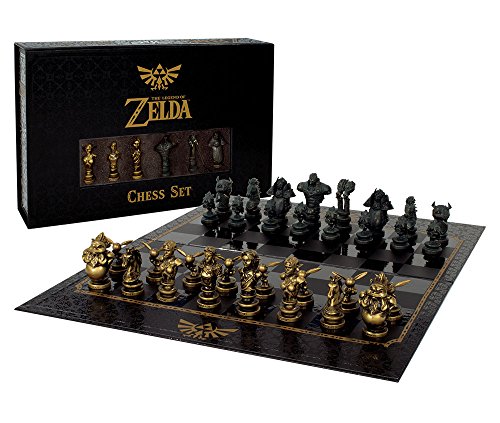 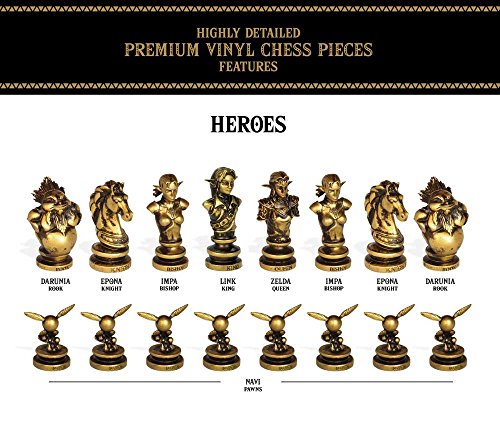 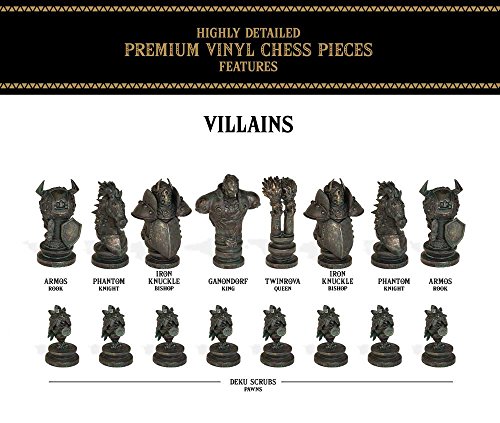 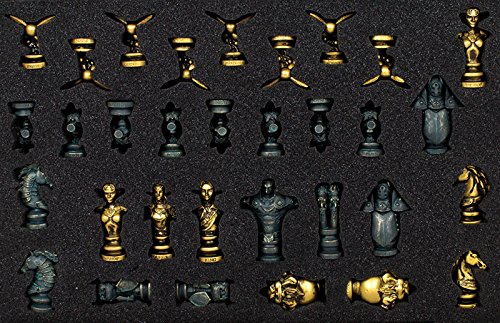 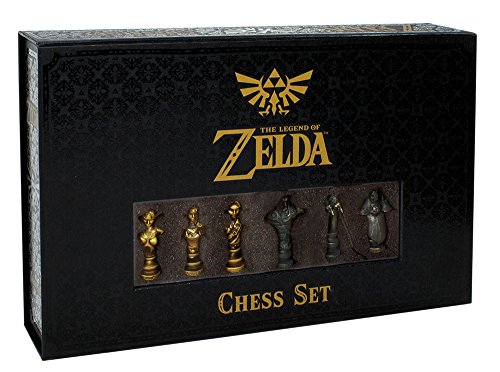 For those of us who have members of the family fascinated by the Nintendo video game, Legend of Zelda, there is now a chess set themed after the characters from the game. The game features 32 custom built figurines based on the characters from the game. The Hero figurines are based on Link as the Light King, Zelda herself as Queen, Impa is the Bishop, Epona is the Knight and Darunia is the Rook. The figure of Navi is used for the Pawns.

The Dark King is Ganondorf who leads an army of villains and evil beings. Twinrova is the dark Queen, Iron Knuckle is the Bishop, Phantom is the Knight and Armos is the Rook. The Pawns are played by Deku Scrub. The two colors used in the figurines are a bronze gold for the White Army while iron grey is used for the Dark Army.

Detailed information about USAopoly The Legend of Zelda Chess Set

Although this will be a great chess game for Legend of Zelda fans, please bear in mind that the characters seem to be made from cheap plastic while the board is a standard black and white chequered, flimsy cardboard version. For the price, the average purchaser would be expecting something a bit more special for their money. So as I say it is great for Zelda fans, otherwise spend your money on one with a better board.

Having said that, if you want something to wean the kids from cartoons and video games and onto a game to really test their brainpower, then this might just be the answer to your prayer.

This would be a great gift for anyone who knows and appreciates the Legend of Zelda games from Nintendo and is at an age when you think chess would exercise their brain a little bit more.

This is a game suitable for giving at Christmas, for a birthday or on an anniversary. Although the quality of manufacture of the figurines isn’t very good and the board could do with an upgrade, it is still a reasonable chess set to buy for an older child or teen who you hope will get the bug for chess.

The figurines are recognisable as the characters from the Nintendo games and this is bound to encourage the kids, both young and old, to pit their wits against each other rather than against the computer. This will help them learn tactics and strategy using the age-old game of chess while having a bit of fun and handling familiar characters rather than the stylised characters usually found in chess sets.

Like me! 1
Anne Klein Women’s Diamond-Accented Bracelet Watch
$34.99
5
Check it out!

Like me! 2
Hanes Mens Pullover Ecosmart Fleece Hooded Sweatshirt
$13.61
Check it out!

Like me! 1
Before Patients, After Patients Coffee Mug & Stemless Wine Glass Set
$24.95
5
Check it out!
Loading more gifts...