The Salad Dressings to Avoid on a Diet 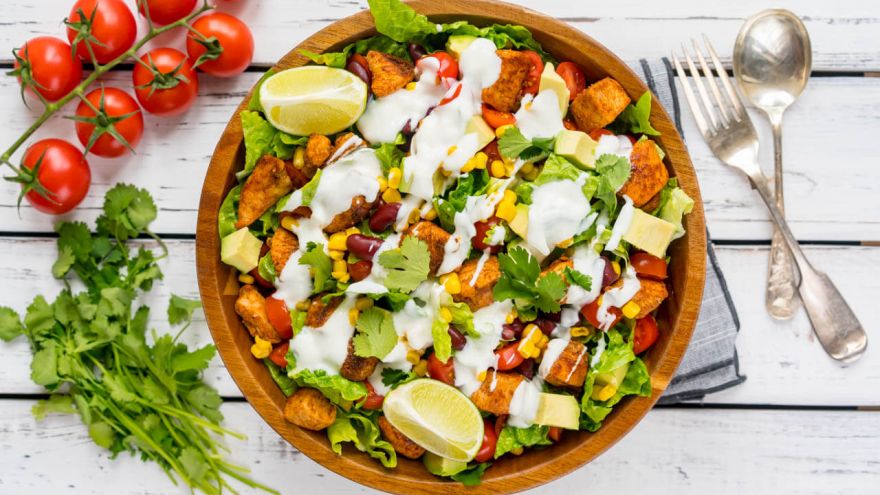 Salads are a phenomenal way to fill your body with fiber, vitamins, and minerals all in one sitting, and even though people think that, they’re a great way to lose weight it’s important to think about everything that’s in your salad. You’d be surprised to know that some salad dressings can pack on more calories than a homemade hamburger, which completely defeats the purpose of eating healthily in the first place. If you’ve been binging on salads but have yet to see any weight loss, it could be as a result of these dressings you’ll want to avoid if you want to lose weight. 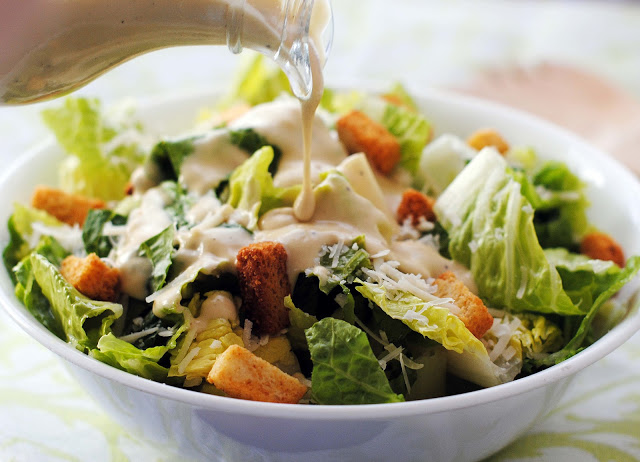 Even though Caesar salad can be the perfect flavor to satiate your hunger, it’s surely ranked as one of the worst (if not the single worst) salad dressings you can get your hands on. Although its creamy texture and garlic flavor easily compliments spinach, romaine lettuce, and tomatoes alike, it can also be filled with over 170 calories per two tablespoons and over 19 grams of fat.

Another important thing to remember is that Caesar salad isn’t just comprised of cream and garlic, it has a long list of ingredients including a variety of preservatives that are equally as unhealthy for you to have in your system. If you’re looking for a tangy twist for an Italian-inspired salad, why not stick to simple oil and vinegar with a little bit of salt and pepper? 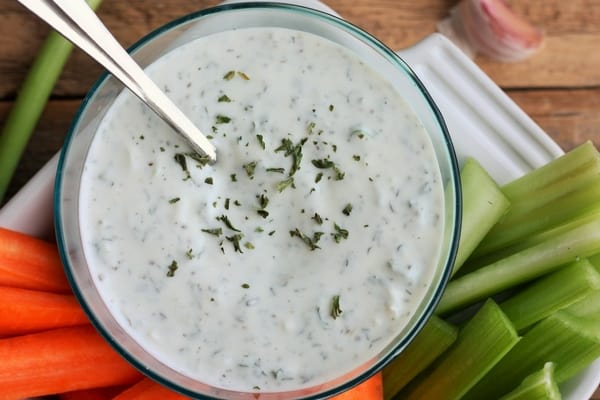 Obviously any salad dressing that has the word “buttermilk” in it is only going to pack on the pounds and in all honesty, buttermilk ranch gives Caesar dressing a run for its money in terms of fat and calories. The average bottle of buttermilk ranch dressing contains over 180 calories, over 20 grams of fat, and over 280 milligrams of sodium, which accounts for more than half of an entire meal.

With that being said, buttermilk can be a luxurious flavor to enjoy on occasion, as long as you’re willing to spend an extra half hour in the gym after eating two tablespoons of it on a healthy salad. With the combination of the creamy texture, long list of ingredients, and the use of buttermilk, this is certainly one of the top dressings that you need to stay away from. 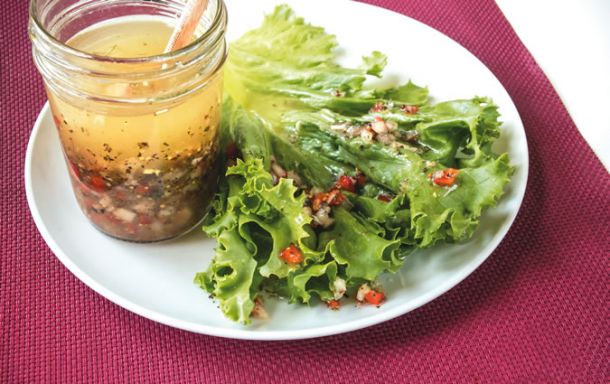 It’s important to remember that not every salad dressing is made the same, but in most cases, the majority of Italian dressings are created not only using oil and vinegar, but an ample amount of salt and creamy ingredients to help make the dressing more appetizing. An example would be Newman’s Own Italian, which advertises that it’s made with extra virgin olive oil, however that doesn’t help when it comes to taking a look at the fat and calorie content of their bottles. For two tablespoons of Newman’s Own Italian, you’ll be consuming 130 calories, 13 grams of fat, and 360 milligrams of sodium, and that’s just one type of Italian dressing!

As mentioned when we discussed Caesar dressing, a great alternative to fatty Italian dressings is oil, vinegar, salt, and pepper. You can even chop up a couple of fresh peppers and throw them into your salad for an extra zing. 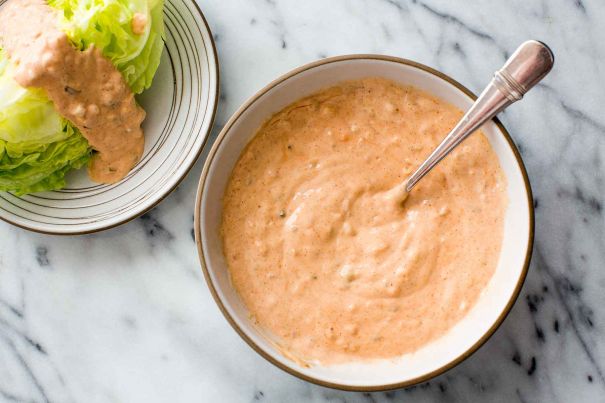 In this particular dressing, you’ll be experiencing a combination of lemon juice, olive oil, mayonnaise, mustard, tomato paste, ketchup, and cream, among many other things. Most of these ingredients are known to be incredibly fattening, which is why you might want to look in the complete opposite direction if you come across Thousand Island dressing in the store. With over 140 calories, 13 grams of fat, and 300 milligrams of sodium, it’s the furthest thing from clean eating. 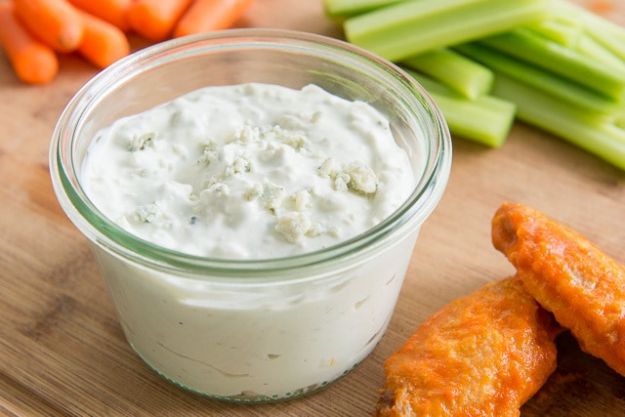 Similar to buttermilk ranch or any other dressing that has the word “creamy” in it, blue cheese dressing is another terrible topping that you can put on your salad if you’re trying to lose weight. As an acquired taste that you either love or hate, blue cheese has a strong flavor and a thick texture that can help to elevate an ordinary salad. However, it also has over 70 calories, 6 grams of fat, and 280 milligrams of sodium per two tablespoons.

You can imagine that eating a salad that has been drenched in cheese will completely eliminate any chance you had of eating well for that meal, which is why it’s always best to either find a fat free alternative or opt for an entirely different dressing that puts your health first.

Can I Make My Own Dressing at Home?

If you’re the type of person that prefers to avoid anything that has been prepackaged, there are dozens of ways that you can make your own salad dressings at home without having to put a ton of different ingredients into the recipe. The most important thing to remember when you’re doing a DIY salad dressing is that you should always choose ingredients that fall within your meal plan. Just because you have a less fatty cream base doesn’t mean that the dressing is necessarily good for you.

Some of our favorite ingredients to use in homemade salads include: mustard, balsamic vinaigrette, olive oil, coconut oil, vinegar, garlic powder/garlic salt, Himalayan pink salt, and pepper. All you have to do is get a little creative, research a couple of low calorie options, and you’ll be well on your way to losing any extra weight that you might be carrying around – even if you’re encouraging yourself to partake in a salad cleanse. 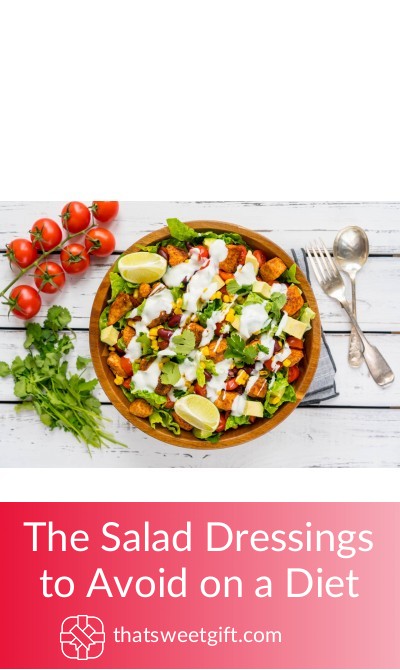