Lego Marvel Sets Not Only Your Children Will Enjoy, You Will As Well! 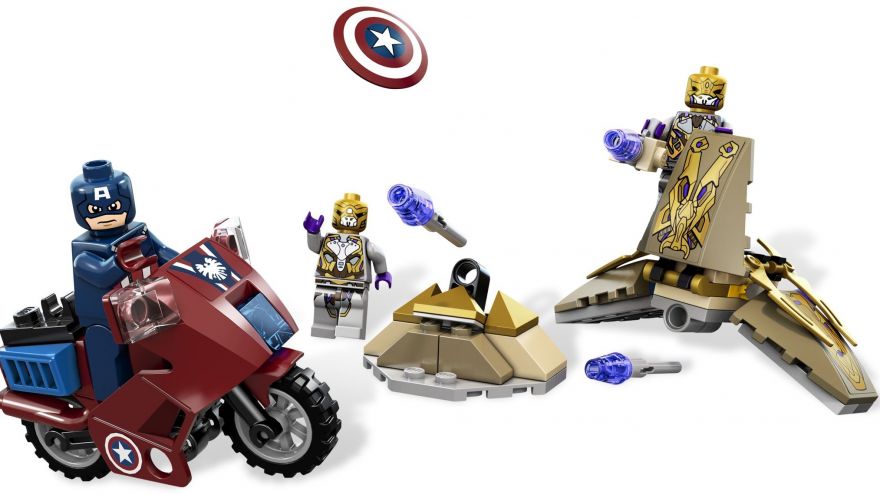 If there’s one thing everyone knows, it’s that the Marvel Universe will have you wishing that superheroes were real and although we know that’s not a possibility, you can try to bring them to life with the help of Lego. If you’re the type of person that likes taking on side projects, finishing an entire Lego set can be quite rewarding, but when you’re creating Marvel characters, it makes it even more fun. No matter if you’re looking for a gift for your kids or if you want a new activity to do during your downtime, you should definitely check out the following Lego Marvel sets. 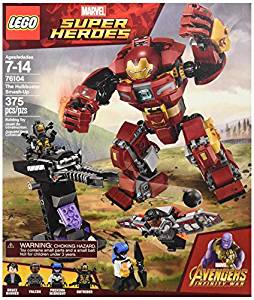 The Lego Marvel Super Heroes Avengers: Infinity War Hulkbuster gives you the ability to craft one of Tony Stark’s most interesting developments, the Hulkbuster. You’ll also have access to a functioning cockpit, gun turret, and bashing arm function, not to mention it’s also equipped with a ball shooter and a special Infinity Stone compartment.

In the package, you’ll receive four different figures from Infinity War including Proxima Midnight, Falcon, Bruce Banner, and an Outrider as well. With an average of 375 pieces, this particular set is recommended for kids between the ages of 7 and 14 and the kids are sure to appreciate how playable the Lego Marvel Super Heroes Avengers: Infinity War Hulkbuster is. 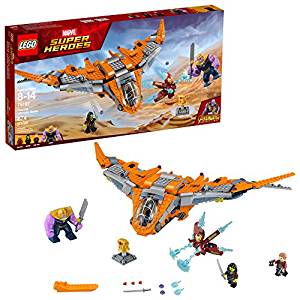 As one of the most iconic scenes in the entire Infinity War movie, your kids will love being able to put together the Thanos: Ultimate Battle scene to help them get excited about the upcoming Avengers: Infinity War film. In the set, you’ll be able to build the Guardians’ ship and it comes with plenty of functional features including a rear compartment, storage room, adjustable wings, an opening cockpit, and stud shooters.

When you buy it you’ll receive four figurines which include a big Thanos with the Infinity Gauntlet, Iron Man, Star-Lord, and Gamora. The entire set has 674 pieces and recommended for ages 8 to 14, and the entire set is compatible with the other Lego Marvel Super Heroes Avengers: Infinity War sets. 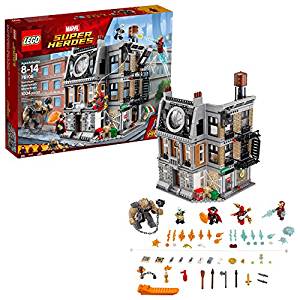 If you’ve always been a fan of Doctor Strange, imagine having the ability to create your very own Sanctum Sanctorum which is a three-level building in New York City. Within the building, you’ll also find there’s a pizzeria, Peter Parker’s apartment with exploding window exploders, and one of the Infinity Stones.

Aside from the functioning features, you’ll also receive five different Infinity War figures including a large Cull Obsidian, Iron Spider-Man, Iron Man, Doctor Strange, and Ebony Maw. With 1004 pieces, you can recreate some of the most compelling and suspenseful scenes from Infinity War, and this set is recommended for kids between 8 and 14. 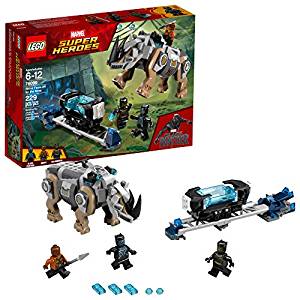 Ideal for the Black Panther fans out there, the Lego Marvel Super Heroes Rhino Face-Off is another phenomenal scene that you can recreate with the help of Lego. You’ll not only be able to build Black Panther’s personal rhino with included stud shooters, but you can also create the stellar mine cart with a functioning tipping motion. You’ll also love the bright vibranium nuggets that will engage the track to explode to knock the cart over.

There aren’t as many figurines included with the Lego Marvel Super Heroes Rhino Face-Off as the other Lego Marvel sets on this list, however, there are far more functional pieces that make the set fun to play with. In terms of figurines, you will receive Killmonger, Black Panther, and Okoye with a spear.

There are 229 pieces with the Lego Marvel Super Heroes Rhino Face-Off, which makes this the perfect set for younger kids aged between 6 and 12 and all of the pieces are also compatible with every other Lego set on the market. 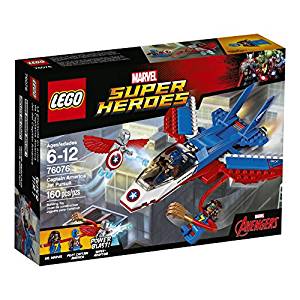 Who wouldn’t love to have a great display of Captain America to show off to their friends and to add to other Marvel Lego sets that they may have in their home? The Lego Super Heroes Captain America Jet Pursuit is equally as fun to play with as it is fun to build as it only has 160 pieces, which won’t take up too much of your time and the kids won’t lose interest.

Equipped with dual disc shooters, a functioning cockpit, and mini figures that include Super-Adaptoid, Ms. Marvel, and Captain America, there are plenty of great features you’re sure to love. 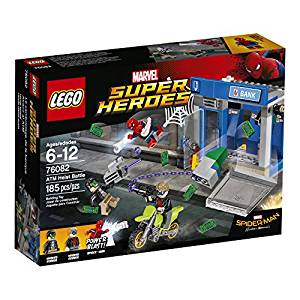 Finally, a list of Marvel Lego wouldn’t be complete without a special Spider-Man set that was surely a showstopper during the movie. You’ll be able to build the bank which has a variety of easy-to-use functions such as exploding windows, opening doors, Lego cash pieces, two ATMs, and a fire hydrant. You’ll also receive 3 mini figurines including two masked robbers and Spider-Man himself.

Once built, the Lego Super Heroes Captain America Jet Pursuit also has different weapons included such as 3 of Spider-Man’s power blasts and a hybrid-tech chain gun from the robbers used to try to drag the ATM out of the bank. If you’re looking for a play set that your kids will love to add to their other Marvel scenes, this is one of the best on this list as there are plenty of usable features that are perfect for play.

Lego is something that has been incredibly popular ever since its creation and if you’re looking for a way to enjoy some downtime and build scenes from your favorite comics, all of these Marvel Lego kits are a great choice. From Doctor Strange to Spider-Man, there’s something for everyone, and you can guarantee that there are dozens of other kits that you can get your hands on to create your very own at-home Marvel Universe. 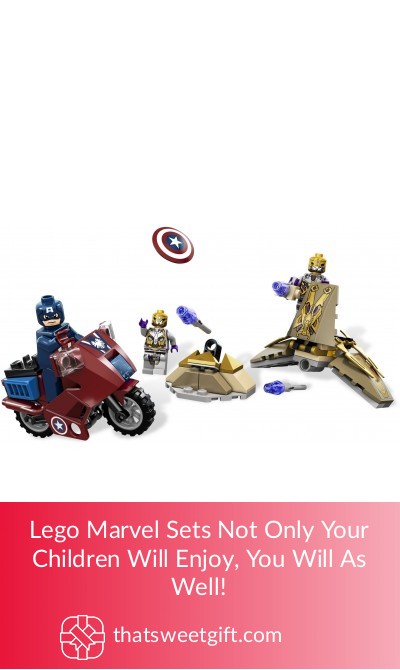