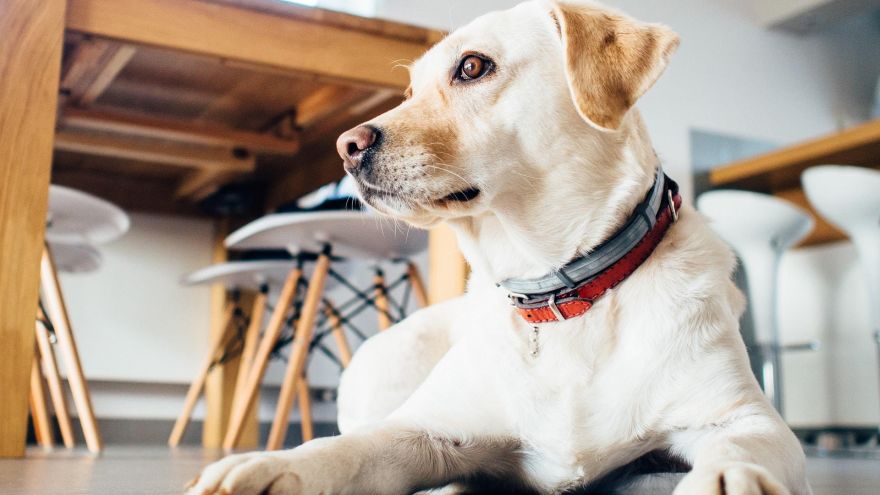 As humans, we have our own collection of strange behaviors that we only do when we’re home alone. But have you ever taken the time to think about what your dog does when you’re out on the town? Dogs can do the strangest things when they think no one is watching, and if you’ve ever been lucky enough to catch your dog in the act it can be pretty hilarious.

1. Destroying the House (Of Course!) 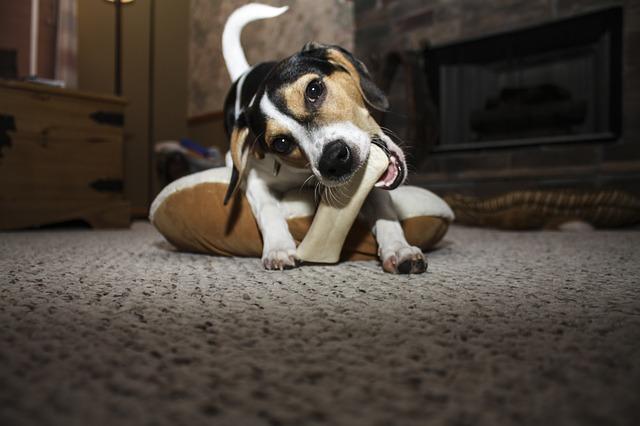 Depending on the personality of your dog, you might already know that they’re going to destroy the house when you’re away but this isn’t the case for everyone. It’s important to remember that pets not only get lonely when they’re left home for extended periods of time, but they also get bored. What could be more fun than taking their parents’ favorite cushions, shoes, and articles of clothing and tear them up or smear them in the dirt?

Some dog owners even find their pets will take some of their favorite pieces of clothing and bury them in the backyard. Why? No one really knows.

It’s pretty hilarious if you take a look at the footage from your pet surveillance system or your home CCTV system to find your dog dragging their butt across your favorite carpet. But hey, everyone gets itchy in the strangest spots, right? Just don’t be surprised if you catch your dog dragging their behind on your favorite couch or places they typically wouldn’t be allowed to go. The important thing to look out for is if your dog is frequently dragging their butt across the floor. This could be a sign of irritation in their anal glands or a serious medical issue. 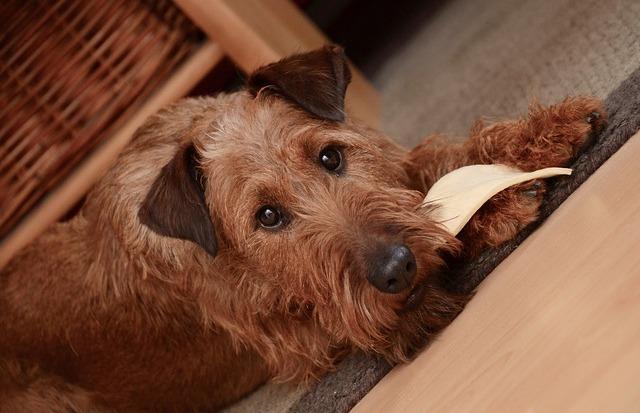 Dogs are strange creatures and although we like to believe they’re incredibly smart, sometimes they do the nastiest and craziest things, such as eating poop. Typically if you take your dog into your backyard to use the bathroom you might have caught them trying to eat their poo, but shooed them away from it so they wouldn’t. When you’re not home, all bets are off and they can do whatever they want!

In most cases a dog will eat poop in an effort to keep their space clean, this is especially true with female dogs. Though it’s important to watch this behavior because it could also be a sign that your dog isn’t getting enough nutrients from their diet. So they try to eat their poop in order to get their stomach full.

Even if your dog isn’t the type of pet that’s going to bark at every single passerby when your home certainly doesn’t mean they’re going to stay silent when they’re home alone. Another strange things pet do when they’re alone is bark at every single thing that passes by your home. Whether it’s the mailman, a flying bird, or the neighborhood cat. Your home is their domain and they will protect it at any cost, attempting to bark to ward off strangers.

You’ll also find that if you leave your TV on to keep your dog company while you’re away, they’re probably going to bark at that too. Our pets are smart, but not smart enough to tell the difference between a real person and one being projected onto a TV screen! 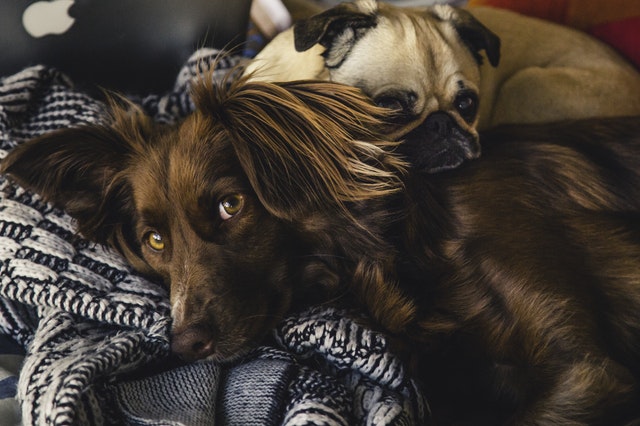 Similar to how certain types of music can calm our senses, the same applies to our dogs. It can be a great idea to create a playlist for your pet that you can leave on while you’re alone. According to a study conducted by the Scottish Society for the Prevention of Cruelty to Animals, music can help to reduce stress in dogs. The most effective genres were soft rock and reggae. So don’t be surprised if you come home to your dog lying out and relaxing to their favorite tunes.

When you’re working on training your dog, you might notice a few dog hairs in the strangest places, such as in your bed or in laundry hampers. This is particularly true if you’re working on showing your dogs what areas of the house are okay for him to sleep in and which aren’t. Much like children, when you’re home alone your dog is going to feel like they have full reign of the entire house, and sometimes they like to let loose. This includes sleeping in weird places that they’re typically not allowed to sleep in. 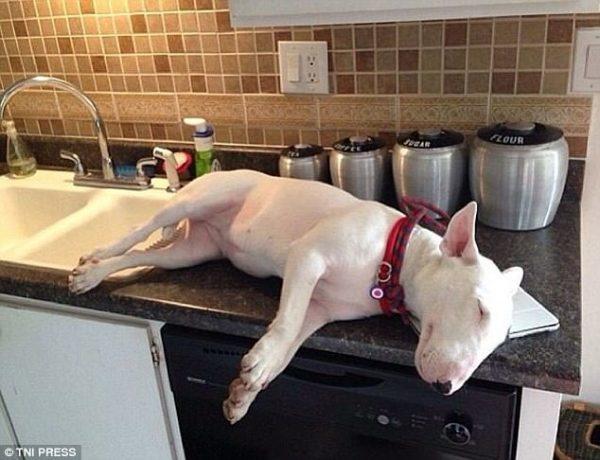 Though on the other side of the coin you could just have a very rebellious pet on your hands that already knows the rules but likes to disobey them anyway. If this is a regular occurrence you can set up physical barriers to prevent your dog from entering rooms that are off limits.

7. Waiting for You to Come Home 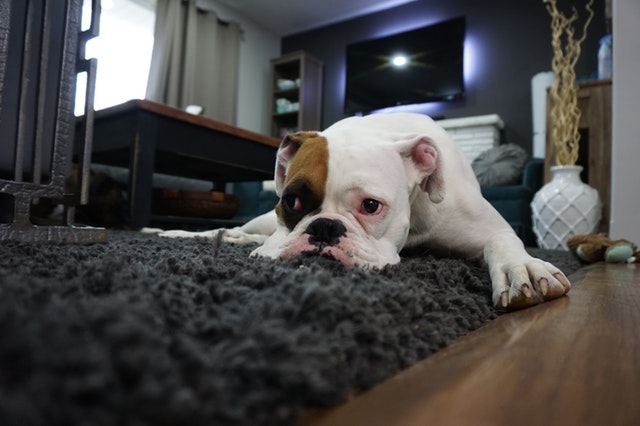 This is particularly true if you don’t have a second pet in the house for your dog to socialize with. Often times when you come home your pet may be in the exact same spot that they were before you left. Or, they might be sitting close to a window where they can see who comes up to your home. It’s easy for dogs to get accustomed to a particular schedule and in the event of you not being home when you’re supposed to, they’re going to feel disappointed.

Sometimes it can be a great idea to hire a friend, family member, or even a dog walker to keep your pet company if you know you’re going to miss important parts of their schedule such as a walk or a feeding.

Pets can sometimes do the strangest things, especially when their actions don’t quite make sense when compared to the things you would normally do when you’re home alone. It’s important to remember that your dog will act a certain way when you’re around and when you’re not around, as they will feel like they are the masters of the house. To curb some of these strange behaviors you may need to consider additional pet training. 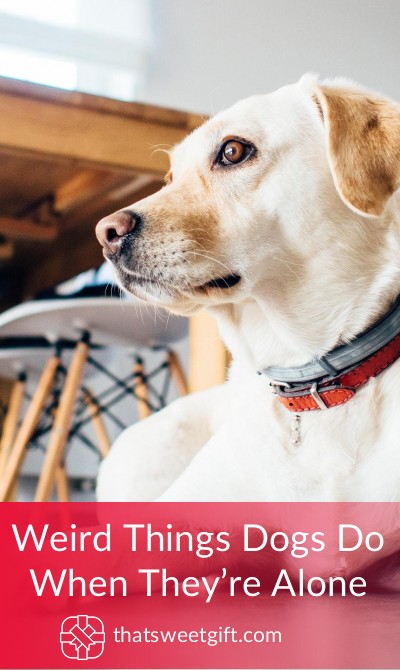