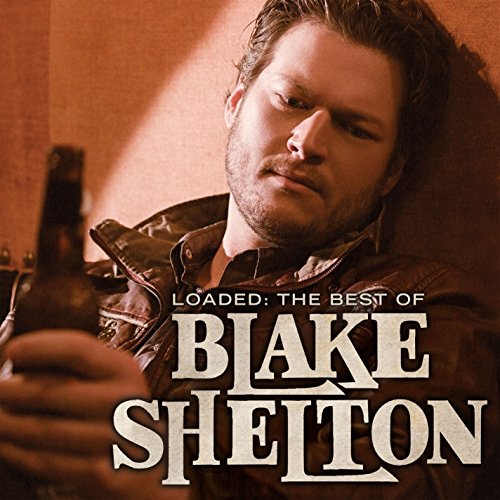 Loaded – The Best of Blake Shelton

If you like Country Music, you will love this album from Blake Shelton. Born in Oklahoma, he moved to Nashville to further his singing career where he obtained his first production contract with Sony Music is 1997. Now at the age of 42 Blake is one of the Country Music greats.

He is a songwriter as well as a musician and sings mainly his own compositions. He has also been seen on television as one of the judges on “The Voice”. This album entitled “Loaded: The Best of Blake Shelton” contains nothing but his best songs. Released in 2015 under the Warner Brothers label, the album brings together fifteen of Blake Shelton’s most popular songs for the listening enjoyment of his fans.

Detailed information about Loaded – The Best of Blake Shelton

It doesn’t matter if the recipient has been a fan since he started playing and has all his original albums because this album brings together the best all in one place for the listener’s convenience. It even doesn’t matter if the recipient has never heard of Blake Shelton and his music, because this album has ‘cherry picked’ the best songs in the hope of winning another convert to his fan base.

This album has been released in various formats so you can choose which one you prefer depending on the listening habits of the recipient of this gift. It is available as an MP3 file if your friend likes to listen to music on devices like a phone or tablet, it is available as an audio CD if you prefer to buy music in this format; there is a 12” Long Playing Vinyl disc for those who prefer to listen to their music the old fashioned way and there is a streaming service if the listener prefers that method.

As an added bonus, if you purchase the CD or LP versions of this album, the purchaser automatically receives a free MP3 version. How much better can it get?

This would be a great gift at Christmas or at a birthday, Father’s Day or Mother’s Day or maybe even a gift for no particular reason except that you can. The album itself is suitable for any Country music fan whether they have heard of Blake Shelton or not. Loaded is a great album to give a taster to new Country Music converts or as a collection of the best for those who already have some of Blake’s recordings and want something that will bring all the best into one place.

Available in different formats depending on the preferences of the listener

Great as a gift at any time of the year

If you know someone who likes Country Music in general and Blake Shelton in particular then this would be one of the best Christmas gifts you could offer.

Like me! 2
Hanes Mens Pullover Ecosmart Fleece Hooded Sweatshirt
$14.5
Check it out!

Like me! 1
Before Patients, After Patients Coffee Mug & Stemless Wine Glass Set
$22.95
5
Check it out!