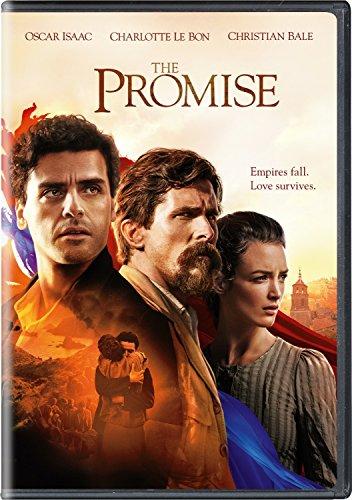 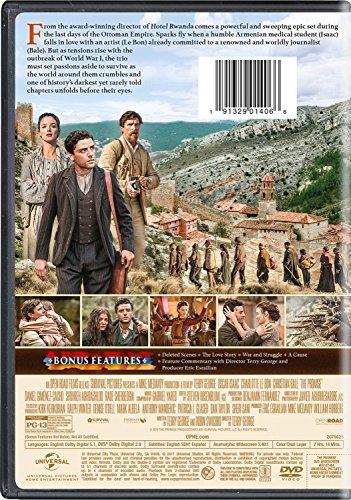 The movie is based on true events that occurred during the final years of the Ottoman Empire and the beginning of the Armenian Genocide. The story centers on a love triangle that develops between Mikael (Oscar Isaac) an Armenian medical student, Ana (Charlotte Le Bon) an Armenian born, French-raised woman and Chris (Christian Bale) an American journalist.

Mikael, a poor apothecary that lives in the Armenian village of Sirun, promises himself to an affluent woman. This gives him a dowry which he uses to attend the Imperial Medical Academy in Constantinople. Here, he meets Ana and Chris who are involved but this doesn’t stop him from falling in love with Ana himself. All of this is set against the background of rising tensions due to WWI and the beginnings of Turkish violence against Armenians. Soon, Mikael ends up in a prison labor camp and after his escape, he seeks out the help of Ana and Chris to flee the Turks. Action, drama, and romance are all jam packed in this fictional love story woven into a historical truth.

Unlike many historical dramas, The Promise is set amongst a history that few people really know of. This is one of the reasons this movie is a must see. Not only for the heart-wrenching love triangle but for the sad truth of thousands of Armenian deaths. The director, Terry George, does a fantastic job of highlighting some of the tragedies which occurred during the fall of the Ottoman Empire while interweaving a captivating story.

For those that love history, drama and/or romance, The Promise is a fantastic gift. It’ll have viewers on the edge of their seats with tears in their eyes by the end. Plus, new knowledge about some parts of history that are not as well known. Add The Promise to someone’s movie collection and they will be watching it over and over again.